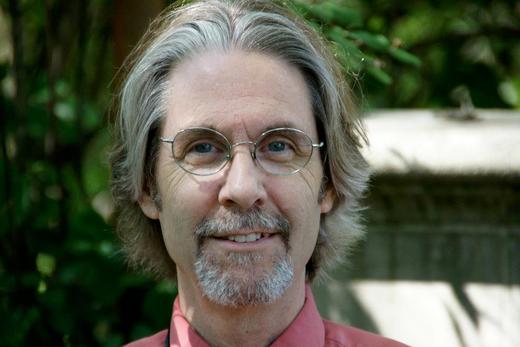 Elliott Ranney fills a unique niche in the music community of St. Louis, Mo. With his thirty plus years of playing finger picked guitar, he has acquired a distinct style that easily fuses Folk and Jazz into a mellow groove that matches his equally smooth voice. Early influences were jazz greats such as Ellington, Cole Porter, Miles, and Gershwin. In his adolescent years, Simon & Garfunkle was the pop group that ignited his interest in playing and writing music. Later in college, he discovered Steely Dan, Michael Franks, and Kenny Rankin, among others
Beyond learning his instrument, and continued explorations of new writing styles, Elliott has given concert performances with Brewer & Shipley, Shawn Phillips, and Jonatha Brooke. Elliott has recently performed at Blue Sky Winery, Carbondale, IL.; Picassos Coffee House, St. Charles, Mo.; River Ridge Winery, Commerce, Mo.; Piasa Winery, Grafton, Il., Chaumette Winery, Ste. Genevieve, Mo to name a few.
Elliott has enjoyed having his 2001 Wildstone Audio recording, An Aging Sailor’s Dream, featured in web/radio broadcasts from far flung cities in, Brazil, Germany, Japan, and throughout the USA. In October, ’03, the song, “Sailing Through,” was selected to be part of the sound track of Neo Pangea’s Independent Film, “Townies.”
Elliott’s website, listed below, is open for surfing with links to his record label and Neo Pangea

REVIE
ISWM Indie Pick of The Month - A jazzy romp into peaceful nirvana. Elliott Ranney sets the scene for a blissful jaunt into a steady stream of mind-tingling tracks

Liner Note
From the first track, Elliott takes listeners on a delightful trip through an album of songs I can only call folk inspired jazz. Often built on a rhythmic touch of Brazil, the collection reminds me of raindrops dancing across a richly textured landscape. Light and airy, the music is tastefully surrounded by some of my favorite St. Louis musicians. Lyrically, Elliott lets you inside with uncommon ease, taking you to places he has been and giving you the flavor of how he felt when he was there. Instrumentally, Elliott has gathered an eclectic group of players who, along with his wife, Ellen, join him for exactly the right number of notes to flavor his exquisite acoustic guitar stylings and vocalizations. I think you will find that this is one of those albums that stays on the turntable and becomes part of the soundtrack for cozy Sunday afternoons
Tom Shiple
May, 200