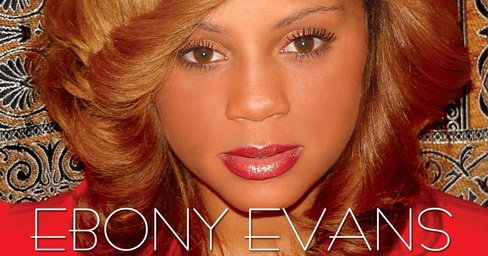 Every decade or so, a new voice emerges that is transcendent, timeless. For this new decade, one of those voices will no doubt be that of Ebony Evans. With her high-powered, yet sweet, soulful style, the Harlem , Georgia native had already achieved feats that are reserved for most young singers’ dreams. Coming from a rich heritage of music , Ebony Evans was introduced to the world by the Godfather of Soul, James Brown, and signed to his label at the age of 12 in 1992. Beginning with the former national talent show, Star Search, Ebony Evans nabbed a much-deserved perfect 4 star rating for her unforgettable performance of Chaka Khan's "Sweet Thing" at the age of 14. In 1999, she was a featured soloist on the Grammy nominated Georgia Mass Choir album: Georgia Mass Choir Present Youth for Christ: "Higher"

Years later in 2006 Ebony Evans released her critically acclaimed debut album "Luv's Fire". The albums original sound, reminiscent of the 'classic soul' sound of the 60's and 70's, provided a platform for what radio and magazine media called a "young lady whose name you will recognize for years to come". Nominated in 2008 for SEA Award R&B album of the year and was received instantly by radio and media in Europe," Luv's Fire" was both a critical success and a fans delight.

For her sophomore album" You Did It All" Ebony and legendary Philadelphia producer Manny Campbell went in to create album that built on that brand and sound. With over 50 years in the business producing classic soul and jazz music for artist such as ,The Rotations, Nu-Rons, Tearra, Teeah Louise , Joe Chambers, Tomorrows Wish and others. The blending of original 'Philly Soul' sounds and feel with a fresh young voice would prove to be classic.

From the moment Ebony entered the studio for her second album, she knew that she wanted to unleash a sound that was soulful, yet melodic. Pretty, yet mature. Something different, yet something familiar enough to entice listeners. With offerings like the smooth and jazzy love ballad "Dance My Love With You" to the infectious " Just Because of You" and the title ballad track "You Did It All", Ebony Evans is here to unleash songs with substance and passion. "I really enjoyed tapping into other topics on this album, some of the challenging parts of relationships, you will find those tracks on the album as well, like "Away With You" , and "Silent Running". Positive affirmations are a part of the album as well, with the uplifting yet groove induced track "Keep On Dancing, You Can Win", which has a message of hope and faith in a better day.

Ebony Evans persona shines bright on her sophomore project, the power and strength of her material gives "You Did It All" the sound of another future classic. 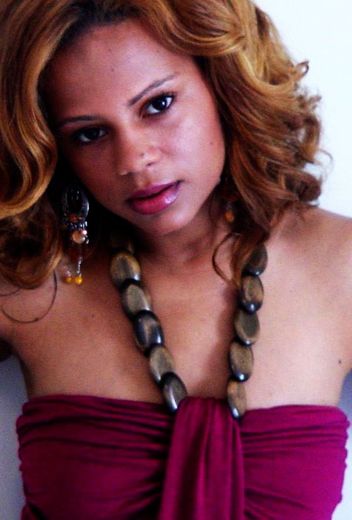