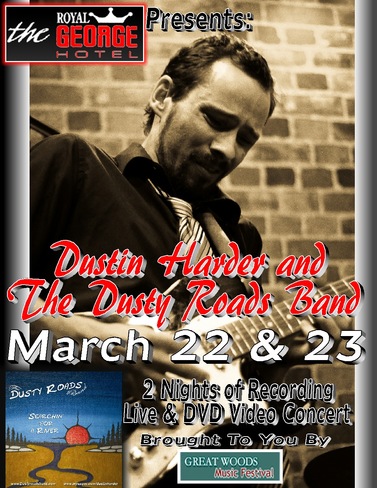 Accompanied by Jess Rae on lead vocals and Harmonies throughout.

The Dusty Roads Band is a splendid blend of great musicianship and great music in which Blues, Folk, Funk, Rock, Jazz and Reggae all fuse into a unique blend of Rocking Prairie Soul Roots Music.

Of their debut album "Searchin' For A River" here is what the people have to say:

"As leader of The Dusty Roads Band, Dustin Harder is working hard to carve out a unique niche for himself in a glutted musical landscape and his debut album Searchin' for a River finds him perfectly situated to make a big impact on that scene. What keeps him suspended above the more commonplace 12-bar dudes is his ability to create a stylish guitar tone that evokes the masterful attitude of cats like former Fleetwood Mac-er Peter Green, and that alone is a rarity.
Jeff Monk, Winnipeg Free Press

"Versatility is like personality: It goes a long way. It goes even farther when you have both, like this eclectic outfit led by singer/songwriter-guitarist Dustin Harder.
Darryl Sterdan,Winnipeg Sun

Of their live performance:

"Wow! I was blown away!
Lynn Munilla, Festival du Voyageur.

The band is driven by one thing and one thing only, putting out good tunes out for people to enjoy them...And that's what we do!

Had 4 of 12 Tracks from Debut Album "Searchin'for a River" included on K-Rock FM playlist 2011.

"Harder Road Travelled", "Top of the World" Licensed by APTN for TV Broadcasting of 2010 Winter Olympics.

Currently in PreProduction for Follow up Full Length album
As well as booking Nationwide for Blues,Jazz and Folk Festivals. 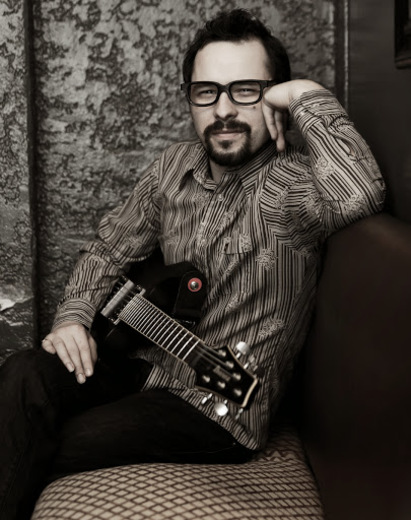