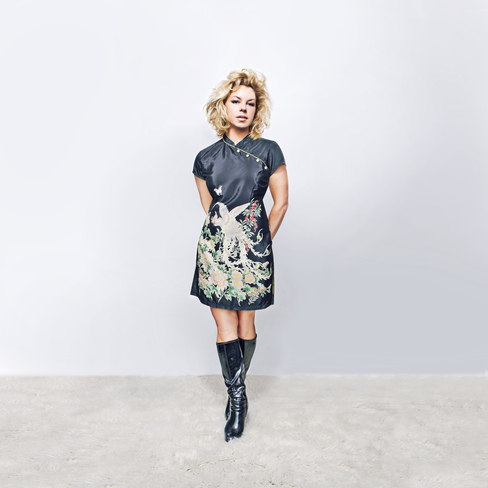 Born and raised in Edmonton Alberta Canada, Dolly nurtured a musical career that led her to become an indispensable member of the cult-hit "Mike Plume Band", and later to front the critically acclaimed band "Clear Isabel". After relocating to Toronto in 2005, Dolly hooked up with producer team "Verse and Bishop" to create a record that is quickly captivating the ears of the Canadian Indie Scene. Both innovative and quirky, Dolly mashes up electronics, baritone guitars, and film-like sonic tapestries as a foundation for her fresh take on indie-pop. Her lyrics sway between the poetic and the direct, all the while charming and coaxing listeners with her velvet alto sound, along with her trademark naive charm. Dolly's recent collaboration with legendary Hawksley Workman has just landed them the theme song for the hit CBC series "18 to Life", and her song "bang bang" was used in a North American Tostitos campaign.  Dolly's is releasing her second record 2.0 one song per week starting September 30th 2012.