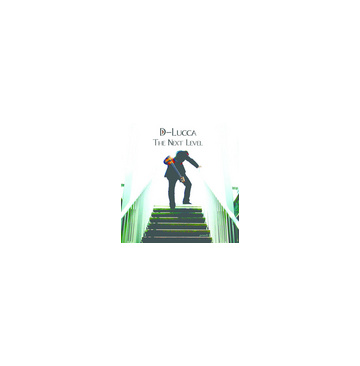 Musically, people had been taking notice of Daniel since the age of 12 when a junior high school music teacher, impressed with his ability to read music, handed him a bass and said, “If you can learn to play this over the summer you can be my bass player in the jazz band.” And so he did. Over the next few years, a lot of hard work, lessons, and hours of practice kept him advancing through high school jazz band
Inspired by great teachers and legendary artists such as Billy Joel, Journey, Rush, and many more from all genres, Daniel began to focus his talents and by age 17, had become an accomplished jazz, swing, and rock bassist. After high school he attended Cal State University at Hayward and was selected as a freshman to play with Dave Eshelmann’s top Jazz Ensemble and was also working professionally to help pay for his college tuition. By this time Daniel had discovered the amazing music of such artists as Jaco Pastorious, Dave Holland, D’Angelo, and Squarepusher which inspired him to begin to write and perform his own music. At age19 he’d been tabbed to be the bassist for Matt Catingub’s “Copa Cat Pack Band,” with Concord Jazz Records
Daniel would go on to tour with several popular jazz artists, including, Rosemary Clooney and Michael Feinstein, as Bassist for The Big Kahuna and the Copa Cat Pack. With Rosemary and Michael, over a four year period, Daniel made several appearances on “The Rosie O’Donnell Show,” and “The View,” toured all over the continental U.S., Hawaii, Germany, and Canada, and performed at many popular Jazz Festivals, including, 2000 Stuttgart Jazz Open, 2000-1 Westbury Jazz Festivals, NY, 2001 Maysville Jazz Festival, KY, and also 2000-1 Human Rights Campaign, DC. With Big Kahuna, Daniel performed and recorded with the reputable Honolulu Pops Orchestra; and recorded four full length CD's with Concord Jazz Records, two of which were Grammy Nominated. And, he still managed to complete his Bachelor’s Degree in Music Performance and Composition at the same time
Daniel has become one of the top call bassists in the San Francisco Bay Area and is currently, touring with Terry Disley from Acoustic Alchemy. With Terry, Daniel has performed at the Jazz Trax Smooth Jazz Festival at Incline Village, Lake Tahoe and the Jazz Trax Smooth Jazz Festival at Catalina Island in 2004. Daniel is also featured on Terry Disley's latest album entitled, "Across the Pond." Daniel, in three years time, has also released two full length original jazz albums of his own The All For You Project, and Cruise Control. He is now working on yet a third album and the Christmas will be releasing, "Have Yourself a Fretless Little Christmas.

Composer/Arranger since 1992 - Experience in writing and arranging music in many different genres
Instrumentalist since 1987- Experience performing in many different genres on several different instruments. Including: Acoustic Bass, 4 and 5 String Electric Basses, Piccolo Electric Bass, 6 String Guitar, Piano, Drum Set, and Percussion. Note - Bass Instruments are the primary focus
Producer since 1996 - Producing and assisting on original Album's in the Genres of Jazz, Rock, Ska, Drum & Bass, and Hip-Hop