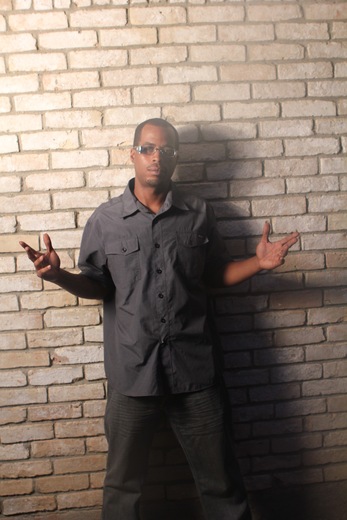 Well I like to welcome the industry to a new upcoming talented artist by the name of "T.Ruff" aka Tavaris Ruffin, a truly southern rapper who strives to become a heavy hitter in this music industry. Although he is 32 years of age he's not letting anything or anyone slow him down in his lyrics, or his music when I asked T. Ruff about how he feels about his age and do he think he can compete with the talent of day, he replied" Lol yea I can it's the passion that I have for it and I think the people will agree when they hear some of my songs, I mean I just make music where people of all ages can listen to. I know i'm not the best rapper ain't trying to be, but I know I have just as much skills as the next man". T.Ruff aka Tavaris Ruffin was born March 8,1981 in Selma Alabama where he grew up learning about the southern life. He was the youngest of 3 and a had hard working mother who took real good care of them and taught them about the fax of life. "I appreciate my mom to the max, even though I didn't have a father she taught me everything and I love her for that" T.Ruff replied. In the 90's T.Ruff and his mom moved to Dallas Tx., where he played high school football at Desoto High School. Were he became popular for his catching skills, when I sat down with him and asked him about his football career he said " I'm not going to lie I was REAL GOOD I MEAN REAL GOOD and the people who went to school with me that knows me they can vouch for that". He showed me the newspapers articles and they speak for they self. T. Ruff always had a ear for music every since playing football, he always use to listen to music before every game. But no one knew he did this so he kept it a secret and start writing raps at home in his room listening to different kinds of music. Even though he's not known by many Dj's, he's not letting that slow him down at all he continues to make his music, because he known he has the potential to make it so he continues to keep his name going on other sites. So far T. Ruff says he tries to do a song a day or every other day. Now he's married and a proud father of 4 boys who he loves dearly Cameron, D'vonta, Darius, and Tavares and out of all of that he still spends time with the kids in his neighborhood and on the football field where he coaches.