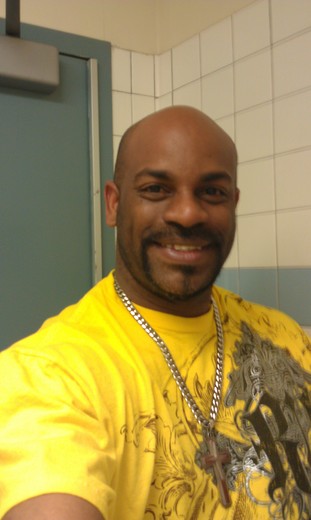 Biography:
DJ PrietoBlack first became interested in music at the young age of 16. He comes from a family with an extensive musical background, which includes 3 uncles that are well known singers and composers in his native Dominican Republic. He has followed in his relatives footsteps and made a career out of his love for music. DJ PrietoBlack has been in the music industry as a DJ, producer and music composer for 8 years. In addition to music production he is a graphic designer and enjoys the culinary arts.

As DJ PrietoBlack became more involved in the music industry, he began collaborating with and working alongside New York's heavy hitters, such as DJ's Paco (Brooklyn) and Junior Rivera (Bronx). This opened more doors of opportunity for him as DJ to stars including Oscar DeLeon, Fernando Villalona and has taken him to countries abroad including Brazil and many states in the U.S. DJ PrietoBlack enjoys the art of mixing Hip-Hop, Reggaeton, Techno, Bachata and Merengue beats to create his very own unique musical masterpieces.

His favorite original song thus far is "Are You My Girl" To Evelin. inspired by the eternal love to a girl of his country in times of college whom the life circumstances separated them and hoping to find some day .


DJ PrietoBlack has chosen the genres of Reggaeton and Latin Hip-Hop as his focus, because it allows him to explore the infinite possibilities to blend different sounds and styles. In his opinion, Reggaeton and Latin Hip-Hop of today, is like a recipie for a simple dish to be served to stimulate a sophisticated palette. "A lot of new school groups are based on old school music that dates back to 1969." He recalls first hearing hip hop in his country RUN DMC. DJ PrietoBlack points out that he notices that most artist of today have been hugely influenced by artist of yesteryear, such as Arican Bambata, RUN DMC, Fat Boyz, Salt N' Pepa, Beastie Boys, Boogie Down Productions, Ice Cube, Ice T, Dr. Dre. All of which he sees as the pioneers of the hip hop movement into the mainstream. "All of those came from different kinds of music as soul, old funk, R&B and Electro-Boogie. Likewise, Reggaeton comes from different Latin, afro and Jamaican sounds blended to make the perfect combination of all of those sounds into on new style based on old school roots.