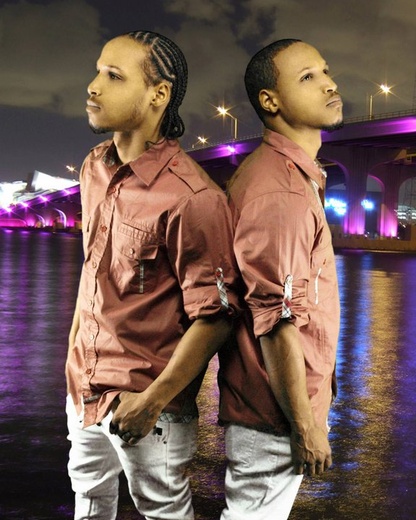 Hip Hop artist and songwriter Keith “Cozmo” Johnson was born in Miami, FL. Keith made his way into the world exactly seven minutes before his twin brother Kenneth "Sonic" Johnson. Though they grew up with four other siblings, all of whom are boys, the duo remained close. Recognizing their children’s artistic abilities at an early age, Kenneth and Keith’s parents encouraged them to pursue their love for music. While growing up in Miami, Keith found comfort in both writing and performing music. After graduating high school, Keith pursued his dreams to become a well-known singer/songwriter and has been working tirelessly towards achieving his goals. Keith and Kenneth perform in their R&B/Hip Hop group, aptly named “D.E.M. Twinz” (D.E.M) Dashing Everlasting Male. While Keith focuses on the hip hop side of the business, Kenneth on the other hand, help light up the ladies eyes with a more sultry type of R&B music. Kenneth also sings pop music multi talented singer/choreographer one day sees himself branching into an acting career.. To date, the duo have performed at countless arenas, which include, but not limited to the Superstar Music Fest local football tournaments, won first place in the Miami Dade Idol Showcase and most recently,"D.E.M" Twinz snagged a role in B.E.T. broadcast reality show weekend 100. Already celebrities in their own rights, these artistes have established a large fan base to which their MySpace account also bares testimony. The group’s fan base span from teens to adults and their music depicts real life situations. Songs such as “100 degrees” and “Lets Go”, deals with the trials and triumph’s of love,, pain, fashion and happiness and also ladies favorite being grown&sexy in a modern era; the two are well on their way to becoming the next hip hop and R&B sensation, respectively. If you need to contact Management at patrick 754.244.1890