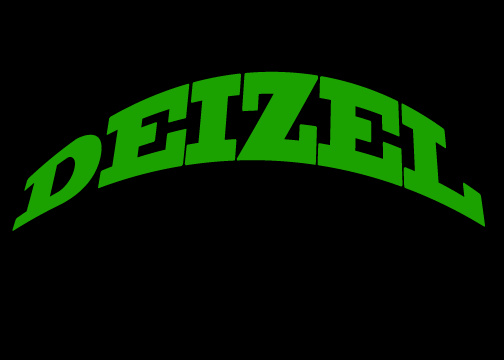 Pick one Artist/Entertainer out of the city of Minneapolis, Minnesota, and we hope you come across DEIZEL. "I just love what I do, man!” exclaims this artist from the south side of this city of art. Known for its diverse culture in the fine arts, Minneapolis is a fine place to begin stomping around in music. "I've seen all kinds of plays, we got a lot of art museums and theatres, so growing up here, you become exposed to all different forms of expression, mine was in music." he says. Born, Donielle Scott Allen, grew up with aspirations of being a lawyer, " My favorite shows growing up were LA Law, Homicide: Life On The Streets, and Law & Order," he chuckles, "I swore that I would never get caught up by the law." He had another calling, "When I was 2, my mother & father bought me a "Fraggle Rock" drum set, he taught me how to play 1-2-3-4 and count, ever since then, I've become somewhat of a musician," he says.

While in high school, DEIZEL faced one of the most tragic of circumstances when he lost his father, Musician Frederick Donald Allen Jr. to the devastating disease A.I.D.S., "Those were the most f-ed up days in my life, he was the man I regarded as "Superman", and he's dying in front of my eyes," he says, "but in the end, it brought my family together."

Known to the Twin Cities as a "Hip-Hop/Gangster" rapper, he also has a voice like a songbird, as was demonstrated countless times when he let them pipes just flow, "I used to sing for my church, and perform @ gospel events," he says, "Very nerve wracking being 6-10 years old singing in front of hundreds, in some cases thousands!" You will also see his productive side, when you listen to the Electronica/Dance smash hit "SATISFIED", available February 2009, with the follow up hit "IM A SUPERSTAR", right on its heels, it's proving to be a "TECHNO EXPERIENCE!"
*As told to J.D. Allen, Editor-In-Chief of The Sweeper Team Entertainment Bi-monthly newsletter.