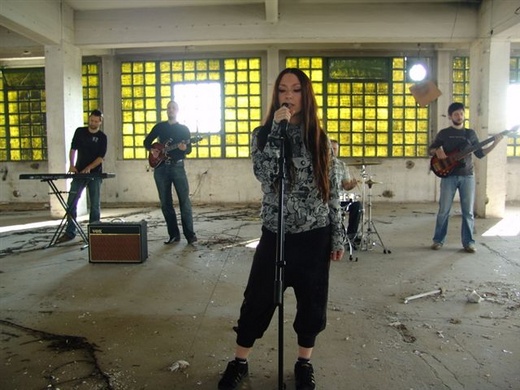 Founded by two friends in 2005., Marin Pavlovic (keyboards) and Domagoj Keca (songwriter, lead guitar), originally playing music standards for themselves, from rock to jazz, and then searching for their own sound. They gathered best crew they could find (Ivana Lujic - vocals, Vjeran Pavlovic - bas guitar, Marko Grujić - drum) and started their journey. 2007. Aquarius records had recognized their enthusiasm and music style, and offered them contract.

In spring 2011. band released their first album named "Glazbena kutija", which was also a turning point for De fidely, 'cause soon after album realese, Ivana decided to leave band and focus on other things in her life. That was a big shock for other members who believed they are finally ready for big stage. Nevertheless, in rest of 2011. they've promoted their album, been on few radio shows, done some interviews, gigs, and audition for new singer

2012. was another turning point for band, 'cause one of De fidely's founders (Marin) announced his engagement and that he and his fiancee plan to live in Czech republic. Very happy for their friend, other members were also aware that it might be the end for De fidely, especially considering the fact that they didn't find Ivana's replacement yet. So, they separated and started individual project's. Initial De fidely's founder (Domagoj) started to perform in various duo and trio combinations, on weakly basis, finished MPA (Music production academy) course, and his personal page (http://www.domagojkeca.com/), and at the end of summer 2012. he met Ana Banović. Little is to say that he was impressed with her voice and her personality. As the feeling was mutuall, new De fidely was born

These days they recorded few acoustitc covers, and are proud how it turned out, especially Beatles cover of legendary hit "Oh Darling", for which is new video in preparation.