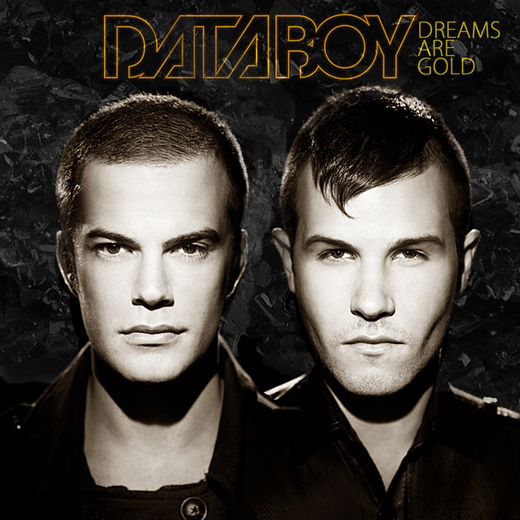 "DATABOY captures this unique moment in pop culture with their undeniable Electro-Pop hooks. Their time is now."

Leave your baggage at the boom box. Queue the lights. Then dance. Release your energy. It feels so wrong, but you know it’s right- so open your mind. Be free.

DATABOY is a spontaneous combustion of everything you love and love to hate about Pop music. Born in the 80's, kids of the 90's, inspired by the sounds of the new millennium; their uniquely crafted synth-driven soundscapes, hard hitting beats, smooth vocals, and undeniable hooks define a new brand of fresh electronic pop.

DATABOY is Cameron Maxwell and Adam Bailey, a 22 year-old duo originally from Austin, TX currently residing in New York, NY. They write and produce all of their music.

Cameron and Adam released their first song, "Misinformation", as a free download with a music video in February of 2010. Since their premier show during SXSW of 2010 opening for DJ Skribble, DATABOY has done numerous performances and showcases, performing for over 5,000 in Austin and New York, garnering a loyal following from University of Texas students to New York's City’s elite taste making crowd.

In addition to writing their own material, DATABOY penned Kim Sozzi's (3 Billboard Dance 1's) first single for her sophomore album with regular collaborator Josh Harris (Seal, The Killers, Dangerous Muse) and are currently working with Cutfather (Kylie Minogue, Pussycat Dolls, Jordin Sparks) writing and producing songs for multiple upcoming projects. DATABOY’s remixes of Roisin Murphy and Brad Walsh have been featured throughout the blogosphere as well. Most recently, in July of 2010 Cameron and Adam signed a licensing deal with Smash Haus Music Group.

They are currently recording their debut album in New York City.