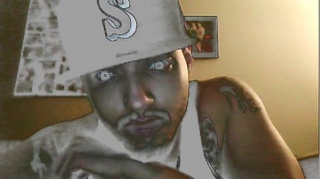 An aspiring artist striving to master his craft Christopher Toliver better known as Conscience carrys his reputation with him both on and off the mic. Learning to adapt to various styles Conscience excelled in his craft and soon began to take his music to new heights.
Now playing for high stakes he looks to up the anti with his debute album titled "Science-Knowledge is Power" a key process to the standards he up holds with a conumdrum of classics such as "Im Just Me" and the lyrical street anthem "Money & My Note Pad"
With his next goal insight, this up and coming artist only has one thing on his agenda: To level the playing feilds in this crowded industry and conquer all obstacles that stand in his way. So I'll take a quote straight from the man himself.
"Him I Am, No One Will take me Under"
Conscience.