It’s all about Hip-Hop, Rap, R&B….but most importantly: It’s all about Music. Roderick “Conflict” Kelly grew up in the quiet town of Lakewood, New Jersey where the talkative child paid less-than-little attention to music until the age of 14. While his “teeny bopping” peers explored the world of puppy love, Conflict was busy forming what would be a life-long relationship with his first love: Hip-Hop.

“I never listened to music until..what? 14?, that’s when 50 (cent) came out & that’s when i got interested, funny enough.”.
It didn’t take long for the “A” averaging English student to try his hand at creating lyrics himself & At 15 he began building his name in high school under the Alias of “Conflict”. 5 years later, Conflict has earned the respect of up & coming artists and producers in New York, Georgia, and naturally his home of New jersey while working on and distributing his first, self-released, mixtape: “Conflict of Interests” in the middle 2009. Now taking things seriously, Conflict has already both founded and became the acting CEO of “I’mOnIt Records Ent.” in November of that same year.

”I love music, its every bit of me, I’m a full-blooded Jamaican, born in the Bronx, raised in new jersey & I’ve been to a lot of different places around the world on top of that. There’s soooo many various styles people use in their music and i wanna get a little piece of everything…i want to help make music have meaning again….it’s my goal. ” - Conflict 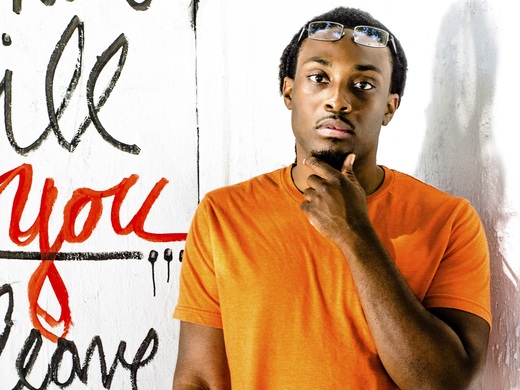