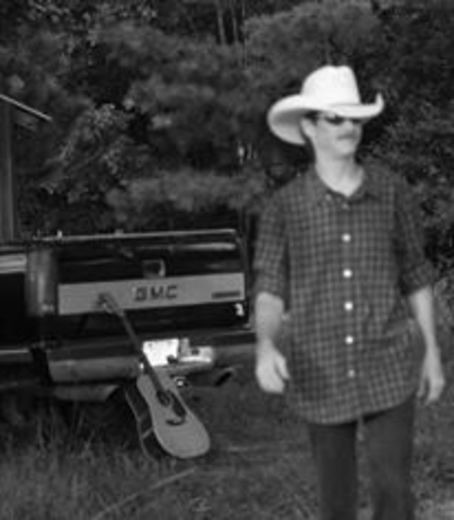 Chris Vaughn was Born October 12, 1966 in Cullman Alabama and grew up in rural Winsto
County, Alabama. His love for music began at a very young age; His earlier years were around bluegrass and gospel music
Because of his unique voice and extroardinary talent, Chris Vaughn has not been forgotten by anyone who heard him sing
He truly believes that next to God, your family comes first. The love and support from his wife, Melissa and his son Daniel, along with his step-children Bridgette, Lindsay, and Jeremy has not only encouraged his music but has also been an inspiration for his song writing
Landon Taylor who is a long-time friend of Chris', was instrumental in getting Chris an audition as bass player for Clay Walker. For three years he played bass guitar and sang back-up for Clay and on many occasions actually opened the show for him. For a country boy, touring and traveling over the entire United States and Canada was a dream come true. He then played bass and sang back-up for Wade Hayes for a couple of years.
Chris has played most every major venue in the U.S. and Canada. While playing with Clay Walker he appeared on Countdown at the Neon Armadillo, the Tonight Show with Jay Leno, Crook and Chase, Music City Tonight, Nashville Now, The Ryman and The Grand Ole Opry. He has also appeared in Clay Walker's Video "If I Could Make A Living Out of Loving You"
In the fall of 2003, Chris and his wonderfully supportive wife, Melissa, managed a plan for him to devote his time to completing the album he so desperately wanted to record. Because of the sacrifices they were willing to make, he completed the album in 2004. All the songs (except In Memory of a Memory by Johnny Paycheck) are original and are performed on the CD by Chris with his sister Charlie singing harmony. The arrangements are also by Chris. These songs are "real country" the way country songs are supposed to sound

You only need to listen to the Chris' music to appreciate his talent as a singer and as a songwriter. He is truly the definition of the word "artist".