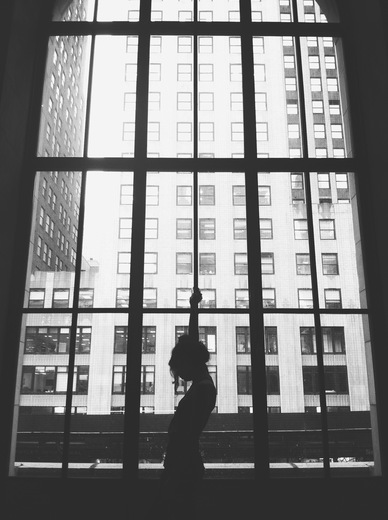 New York composer and vocalist Christine Hoberg will return with her fourth self-released LP, World Within, on 09.13.13.  The follow-up to her 2011 Moonlight Never Shined So Bright this new album was recorded in Christine's Brooklyn home with an analog forefront.

"This album is about my fascination with worlds that exist within each other.  I have very vivid dreams.  We rest ourselves and awake in another world for hours each day.  We spin on a tiny globe and can see the stars and forget that we are looking through a darkening atmosphere at suns that are much greater than ours.  They have their own tiny planets and, odds are, other lives awake on those tiny spinning planets.  We are marching around in a tiny universe.  We have tiny microbes crawling on our skin making us their tiny universes.  Every last human being grew inside the soul and capsule of a woman's soul and self.  We have an emotional and spiritual world we move within solely on our own.  A world within a world.  We are all held together inside of other worlds.  Awake and asleep and awakening again without end into other worlds again."

Hoberg's 2012 collaboration with Flight Facilities on the song, "Clair de Lune" has helped launch both artists' careers, going viral and gaining nearly 2 million views.  It also reached #17 on the year-end Triple J charts, went Gold in Australia, was featured on an episode of Grey's Anatomy and was given promotion by American musician Alicia Keys.  Hoberg continued her collaborative efforts in early 2013 by releasing the electro-pop synth-heavy track, "You Can't See Me" with Milwaukee-based production duo Kiings.  This track has been well received on many popular music blogs, (The Line of Best Fit, The Kollection, Hilly Dilly).  The creative songstress was picked by Spin Magazine out of over 1,500 as a contender to play the Spin stage at SXSW, becoming one of the top five finalists in the US.  She is a regular at the popular NYC venue Rockwood Music Hall, is set to tour Europe in the fall and is planning a US tour directly after returning to the states.  These projects, along with completing a successful Kickstarter campaign, reaching well past her goal of $3,000 in less than 32 hours, has proven this up-and-coming artist to be a hot new name to look for as we enter 2014.