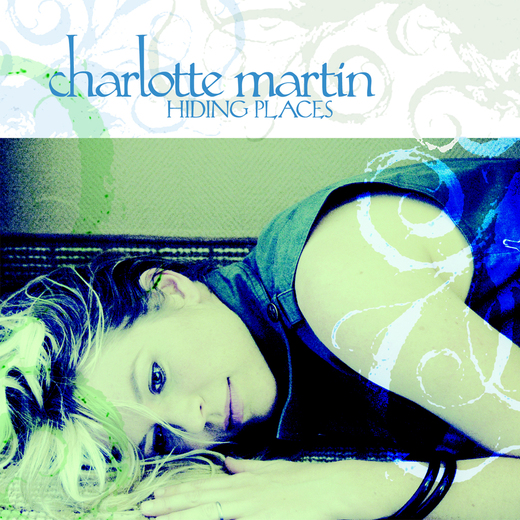 Produced by Ken Andrews (Pete Yorn, Beck), the rapturous album traces Martin's heartbreaking struggle with intercostal neuralgia, a nerve disorder that left her incapacitated for much of the past year.

“It was the most difficult period of my life,” says Martin. “The pain was excruciating. I saw countless doctors, was misdiagnosed countless times and prescribed countless medications. Nothing seemed to help. Forget about not being able to work; getting out of bed was a major undertaking. Worst of all, I couldn’t nurse, or even lift, my baby. As a new mother, that was devastating.”

Unable to stand or sit at the piano for extended periods of time, Martin was forced to write and record the album in pieces over the course of a year. Despite the arduous process, she managed to craft a beautifully warm album of faith, hope and love. Released on Martin's own Test-Drive Records, DANCING ON NEEDLES feels like entries from a journal, with Martin staring down the darkness to come out the other side. Musically, each track is wrapped in gorgeous, swirling melodies and soft, dreamy textures.

And of all the gentle pleasures that unfold within the album’s grooves, the most remarkable are the perpetually enraptured vocals of Martin, an emotive singer whose ethereal voice alternately conveys feelings of love and fear, yearning and regret, and hope and longing. She shines on songs like “Volcano,” “Truth Cerium,” and “Starlight.”

The initial stages of Martin’s affliction can be traced back to the fall of 2009. At the time, she was between albums—since her third full-length, Stromata (2006), she had released a covers album, Reproductions (2007), and a collection of B-sides, Orphans (2008)—and just getting back into the groove of recording and performing since the birth of her son in 2008. Motherhood had caused something of an identity crisis for Charlotte, as she struggled to find the artist in the mother she had become. And she wondered if she could, in fact, be both. While balancing family and work, Charlotte put her songwriting talent to work for others, including Tiesto, BT and Crystal Method, among others. As 2008 came to a close, she started working on her own music again and logged a small tour with her son in tow; she also began experiencing sporadic numbness in parts of her body. By fall 2009, Charlotte was in constant pain. Adding to the hurt was the fact that Charlotte and her husband wanted to have another baby, but couldn't because of her rapidly declining health.

Thus began a harrowing year of doctor visits; second, third, and fourth opinions; misdiagnoses; and failed treatments. At the same time, Charlotte also learned that her father was suffering from heart failure, with grim prospects for the future. As close as any daughter can be to her parents, Charlotte was devastated. With stress bearing down on her from all sides, she turned to music for salvation.

Charlotte picked up work on the album; though still struggling physically, she could write only in short spurts. As a result, she leaned heavily on her husband, producer Ken Andrews, who built out the tracks from Charlotte’s rough piano and vocal sketches, adding all additional instrumentation and production. The final product is classic Charlotte Martin—lush, densely textured piano-based tracks with alternately soaring and delicate vocals.

Her health improving every day, Martin is looking forward to touring, though she admits that the new material is emotionally difficult to perform. For the few shows that she will play in support of DANCING ON NEEDLES, she hopes that the support of her fans will get her through—as well as the support of her father, who has fortunately (if not miraculously) made a full recovery. Charlotte is grateful to be alive and finds comfort in her family, which (also miraculously) is soon to expand: she's pregnant with a baby girl due this spring.

Over the course of her career, Martin has recorded both major label and independent releases, performed sold-out shows to audiences around the world and shared stages with the likes of Liz Phair, Pete Yorn, Damien Rice, Jason Mraz, and many others. Her music has been licensed for a plethora of television shows, including “So You Think You Can Dance,” which regularly features her song “The Dance” during the show’s open. Details magazine called her “a seductive performer” and “a skilled lyricist who writes with surgical precision” and Performing Songwriter praised Martin as “a born storyteller and affecting vocalist.”