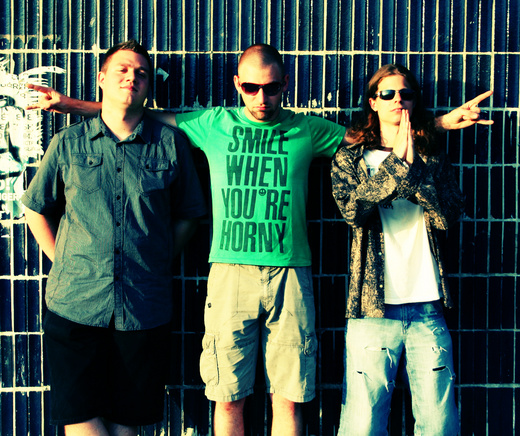 Hi there everybody
I am Csongor Debreczy the guitarist,singer,and composer of the band.I don’t want to tell you just a simple biography i want to share with you what really our story is.So let’s start with the beginning.I was fourteen years old when i heard the Beatles Hej jude, and that was the point when i deciced to play music,to live for music.First i’ve just sang the Beatles songs every day and when i was late of fourteen i’ve gotten my first guitar.I don’t want to play the stars from the moon(i just learned a few songs that i’ve liked like Nirvana,Red Hot Chili Peppers,etc.)much more i wanted to make my own music,i wanted to make the music what is really inside me and what i can give to people to listen it and feel it like me.When i was fifteen i’ve written my first song Egy lány.and then every day i’ve written a song.When i’ve written thirteen songs i wanted to make my own band like everyone and i’ve started to looking for a bass player and a drummer.After a lot of searching finally i’ve found our bass player Csaba Ments(19).I’ve met him in the highschool where i’ve studied.This was in 2007 september. So it was really good,Csaba played very good things and i’ve liked it,but there was no drummer.In 2007 summer we have found our first drummer Miklós Domokos,but we weren’t satisfied with him.After a long time we have found Máté Fenyvesi in 2008 january.My friend told me that maybe we can try him.Well we have tried him and it was good. And that’s the point when the band started to be a band.We have started to practice a lot,we are practiced the songs with Máté a lot.After a lot of practice finally we have gotten the chance to be in a stage,to feel what John Lennon felt,what every artist feel  when they are in the stage.So our first concert was in Várpalota Alagsor in a little rock club but there was a lot of people.we were very excited but it was good.People liked our songs and my whole family was there it was like everyone’s first concert.Then concerts were followed concerts.When we have performed in Balaton on a three days festival,a lot of people bought our demo cd,we have big success,we have known a lot of people,and there were two manager who came to us but there was only words and they didn’t doing anything.We have performed a lot in Hungary,more and less success.Also we have tried to record a demo but me and Csaba didn’t like it.It was about Máté.Soon we are realized that this isn’t the drumming we are want.And also our music experience wasn’t too much to record a very good album.Later we have a lot of argument with Máté because he didn’t take seriously what we are wanted.So we have had to make the decision.And we did it.We fired Máté from the band,and there was a few time when we found a new drummer.He was Norbert György.This was in 2010 february.I have already known Norbi from primary school,and i’ve known he played very good.So we have written to him to play one concert with us.First it was one concert but after that followed another concert and then he joined to the band.He was really good.His favourite drummer was John Bohan like mine and i have liked his playing.He was energetic and creative.And this is when the band’s second chapter started.We have practiced a lot with Norbi and performed a lot too.We have recorded another demo cd in 2010 may with Norbert and it was better than the other one but it wasn’t the real thing you know.Unfortunately we didn’t have enough money to make a very good record.After that there was a bad thing.Norbert has got very big financial problems.So unfortunately  we cannot continue the band with him.So now we are getting that point when you are really hate our band stories because it’s always about drummersJYeah.We have gotten problems with drummers for now.Finally in 2010 november Ákos Adam Szumper(17)has joined the band.And this is the last chapter.Adam is my classmate in an art music high school.And yes I’m studying as a guitarist in Bodajk Hangszíntér,and in 2011 i received the musician of the year award.Maybe now i also want to play the stars from the moonJAdam is a REALLY great drummer,and i REALLY belive that he is the last oneJYou can hear how energetic is his playing and how creative is.In 2011 we are performed a few concerts ,and we are liked it.Now our video clip is coming soon and soon our EP cd will be avaible in everywhere
In the cd there will be five songs,and It can be download from the page,with the complete graphics
So just wait for the cd,look for the news,listen,write,and watch.Soon we are coming to conquer the world:
thank you that you are read this and listened our music
By,Célpont