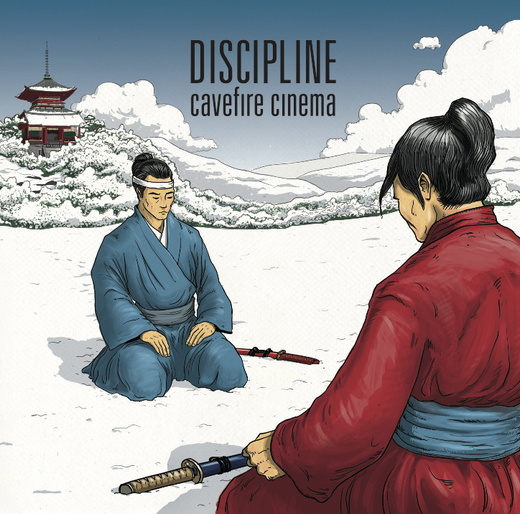 Still fresh in most of our minds as the genesis of a creative explosion, the grunge movement collided forward-thinking rock with a guerrilla DIY ethos. The bands were amazing because they were real. And while the music world at large is currently indulging the ’80s propensity for style-over-substance, the tide is once again turning – ushered in by a new era of bands for whom music is the only concern. Driven and utterly committed, Cavefire Cinema are focused and powering ahead like a wave growing ever closer to shore, building in strength with each passing second. Playing music is all they want to do with their life, because playing music is their life. It is their discipline. In under a year of existence, Cavefire Cinema have pushed themselves to produce exciting results. Maintaining a heavy gigging schedule right from the get-go, within six months the band had started building a loyal fan-base, leading to the release of their first single, Where The Sun Is. The song and its accompanying film clip announced the arrival of Cavefire Cinema as a band with hooks and balls, but also with a sense of humour. Heading back into the studio, Cavefire Cinema’s first generation of songs began to flow with a similar confidence. Amidst the band’s signature sound, new ideas and textures were beginning to grow. By the time they saw daylight again, Cavefire Cinema had emerged from the studio with a debut album that covered the expanse of their combined music fanaticism... a debut album with both promise and delivery. An album now fittingly entitled Discipline. Mastered intentionally for the iPod-savvy ‘small device’ world we now live in; Discipline is the proud progeny of the grunge movement’s ideology of taking a grass roots idea and executing it with modern techniques. But Discipline is not about how it was created, it’s about how it feels now that it’s alive. It’s about the way the guitars, bass and drums combine into a thunderous, slamming weight that makes you want to rip the sleeves off your flanno and lose yourself in a crowd of rabid strangers. It’s about a front-man who sings from his own experiences but speaks for more than just himself. It’s about big, punch-you-in-ears choruses that reverberate in your brain for days. It’s about music.