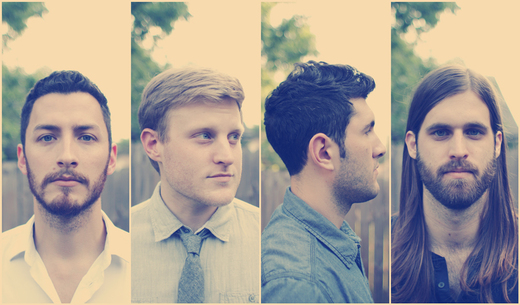 About The Canvas Waiting

Prominence is a quality that has gone by the wayside in the current age of alternative rock. The standard for instant success has become minor tweaks of the same old thing, a crude deviation of the old adage, “if it ain’t broke, don’t fix it,” and it becomes clear how easily personal sentiment becomes simply affectation. For Nathan Medina and the members of The Canvas Waiting, this is “broke”. Through stunningly personal lyrical inflections and lead by a sense of creativity straight from the soul, The Canvas Waiting has become a steadfast beacon for those in search of a “fix.” – Review, Rinse, Repeat

The Canvas Waiting has garnered a host of worldwide loyal fans since their formation in 2005. The group’s sound has matured into a collection of reflective and unforgettable melodies rooted in intelligent songwriting. With rich layers and intricate melodies, they have mastered the art of creating something that sounds both immense and accessible, giving listeners the sense that they are experiencing rather than just listening.

Rising from the depths of the overly saturated Austin music scene, the band has hit a level in 2012 that proves they are an act worthy of worldwide recognition. After multiple US tours in 2011 on the back of their sophomore release “Chasing Color,” the band found themselves supporting the likes of Young The Giant, Mute Math, Live & Candlebox. They also received multiple offers to play festivals starting with an official showcase at SXSW 2012.

To answer their fans overwhelming call for new music, for the later half of 2012 The Canvas Waiting has decided to release a song a month that will be combined into one 7 song EP. You can catch the band on the road this summer and fall with Candlebox, Neulore and multiple other national acts to be released soon.