Hey Britt, That Shawtee song is hilarious and the music is hot too!!

Well, I can tell you who’s not; comedian, actress
singer extraordinaire Debra Terr
(of international notarity in the standup comedy world).
Terry declares she is “Nobody’s Shawtee” i
this  same titled single and video release.

Debra Terry teamed up with performance artist Britt Warren
(known for his intricate and energetic guitar instrumentals
have knocked the ball out of the park with this indie single
“Nobody’s Shawtee” complete with vide
http://www.youtube.com/watch?v=TfKFQIL1V9w                 in which Terry definitely shows he
likeability by the camera
Warren and cronies created one of the mos
infectious funk tracks I’ve ever heard
and I’ve heard alot.

Check this single out and tell your friends.
There are surprise appearances as well as guests
on the track. For more info go to
http://www.youtube.com/watch?v=TfKFQIL1V9w 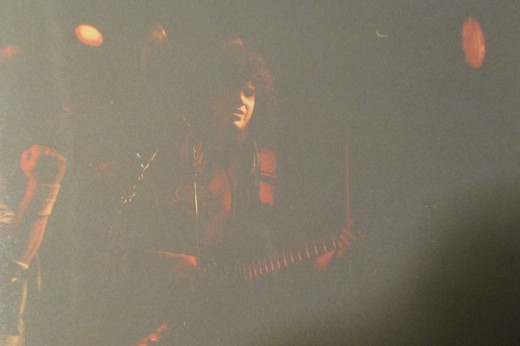 Hey Brit like your stuff if you would like check out my stuff it is all done on portable 4 track but it has soul and shred with a touch of everything. Peace..Gary
by Gary Piela on April 27, 2011 at 5:40 PM EDT

Britt
Good to hear from you. Glad you are feeling better. I like your song Irish Blessing. Real good playing
-Ron
by Ron Siegrist on March 27, 2011 at 5:47 PM EDT

What's up? Here is my song I recorded yesterday! Peac
-Ro
http://www.ourstage.com/tracks/UYLUAOEQELUH-rock-me-baby#
by Ron Siegrist on August 30, 2010 at 6:29 PM EDT