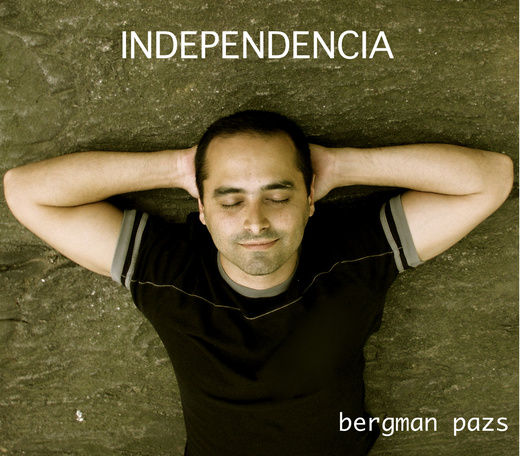 The "El Headliner" fans have spoken once again and this month they've pledged their support for Bergman Pazs. The Bolivian-American musician dominated Tr3s’ Latin Music Channel on OurStage with his unique guitar-flavored songs. And though he's been a force in the music business for years, he told us that this may be his sweetest victory yet.

"Winning 'El Headliner' is fantastic!" Bergman enthusiastically said. "I'm really happy. I was actually rehearsing when I got the news. What a surprise! It feels great to be the winner."

Back in Bolivia, Pazs has already made quite a mark on the music scene. In the 90's, his band Les Amis scored a major deal with Sony Music and became chart-toppers on South American radio. Their thought-provoking songs even got them a Youth Peace Prize from UNESCO.

"I really loved playing in a group," Bergman said when reflecting on his early days. "When I was a teenager I started playing in bands and then in festivals across South America."

Eventually, Pazs and his band mates went their separate ways (though on good terms, he emphasized) and Bergman began striking out on his own. He soon found his way to Miami, where he began working on a series of solo EPs.

"I just finished my latest EP, Independencia," he said. "It took me a while to finish it because I put a lot of thought into it. I didn’t want to rush it."

It was actually the Independencia tracks that helped get Bergman noticed on OurStage. Songs like "Majadito" and "Remolino" all feature breezy, upbeat grooves that have become part of Pazs' trademark style. And though his last three EPs have all been Español only, don't count him out for an English crossover.

"I am definitely going to try and cross over and record in English," he said.

Bergman also offered a bit of advice for up-and-coming artists looking to leave their mark on the music biz.

"Keep trying and keep recording. Your time will come," he emphasized. "Recording and playing, that's what it’s all about!"

With all the talent he's bolstering, we're sure Bergman Pazs' "time" will come very soon. You can check all of his latest tracks by visiting his personal website.

Who's been your favorite 'El Headliner' so far? Sound off in the comments or @MTV3.