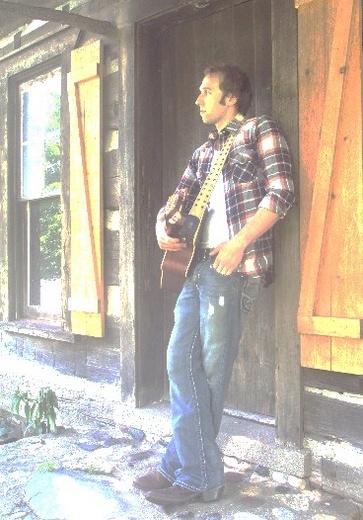 Ben Spangler became involved with music at a very young age, he credits his musical ability to the years of piano lessons starting at the age of four combined with a deep passion for creating and expressing himself through music. Shortly after beginning to learn saxophone at the age of twelve, Ben sat his sights on the guitar. "My early teen years were really uneventful. I'd come home and go straight to my room to play guitar, it was and escape. Nothing else mattered when I was playing." From his discipline in guitar playing and experimenting with different bands through high school, Ben taught himself bass, harmonica, and drums as well. The knowledge and ability of these instruments has allowed Ben the unique opportunity to be the sole creator of his songs. All tracks of every song were tediously recorded in a small spare bedroom of his home. Ben has had the opportunity to play at the Travelling Vietnam Memorial Wall in his hometown of Alexandria, along with playing at several town events including street dances, fireworks and parades. Ben has also had the opportunity to play at the Frankfort Moose Lodge, the Point Tavern, and the Old Main Street pub in Anderson. His virtuosic guitar playing meshed with his unique vocal talent make him an exciting performer. Ben is always looking for new outlets to share his musical talent.