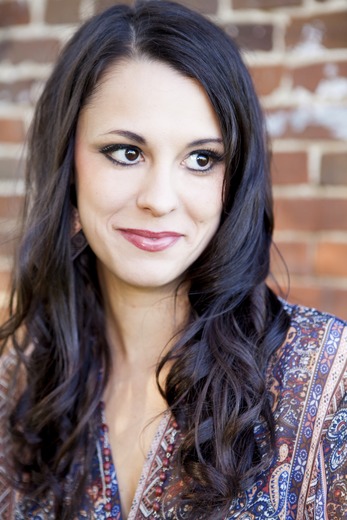 When she was eleven, Ashley Matte locked herself in her bedroom and taught herself to play the guitar. Growing up she had a natural talent for picking up any instrument and playing it like she had trained for many years. Ashley quickly developed her own uniqueness for performing and a talent for songwriting. While her smooth soulful sounds are deeply influenced by favorites like Bonnie Raitt, Sarah McLachlan, Keith Urban, and John Mayer, the power of her own voice and mesmerizing guitar skills from the stage cannot be ignored.

Ashley’s humor, grace, and connection to fans are evident at every show. Ashley’s music is greatly poetic and is inspired by the soulful influence of her Southern roots. Her lyrics are deeply personal yet fused with meaning for the audience. While listening to a song, one cannot help but wonder whether Ashley has penned the lyrics to a bit of ones own history. Nashville tradition, coffeehouse intimacy, and intricate guitar riffs are all trademarks of Ashley Matte. Anyone who loves a passionate voice and converging musical influences will be instantly pleased.

After moving to San Diego nearly seven years ago, Ashley immediately began playing at popular local venues. After quickly gathering a strong following, Coach House Records made her an offer she could not refuse--her very own record deal. Since starting her own label, ACM Entertainment, and finishing her album Colors (which has been sold in stores nationwide), Ashley has shared the stage with such headlining acts as The Fray, Gavin Degraw, Chris Isaak, Dishwalla, Linda Perry and Dave Matthews Band. While Ashley’s music easily speaks for itself, one cannot ignore the character and charm of this Louisiana native. Leading a sing-along while bearfoot in a bar or stomping in her favorite cowboy boots at popular venues, is where you’ll find Ashley many nights out of the week. During the day she shares her talent, teaching children to play any instrument, or sharing her music with many southern California charities, Ashley’s passion for music is infectious and intriguing. Ashley recently released her second studio record, No Number No Address, and was the chosen Ourstage Lilith winner for San Diego, Ca. She performed side by side with Sarah McLachlan, Ashley's biggest influence in music.