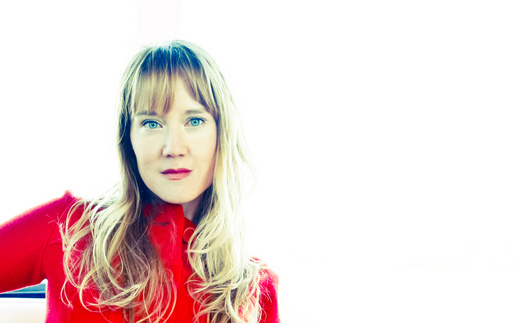 Angela was raised in the foothills of the Blue Ridge Mountains. Much of her childhood was spent on the farm that has been in her family since 1791, seven generations. Ironically, it wasn't until she moved to Los Angeles, that the homespun musical calling in her soul became a siren's song. A performer all her life, Angela had begun playing guitar and writing songs while studying at Emerson College in Boston. Angela embraced her heritage in a big way as a writer and an artist on her debut album, "Earning Her Wings", chosen as "Americana Pick of the Year" by Smart Choice Music. She returned to tour the East Coast, having appeared on the bill with such artists as Lucinda Williams, Deana Carter, Dave Alvin, Victoria Williams and Michelle Shocked out west. She opened for the legendary Ray Price (at the Birchmere), Suzy Bogguss and others. Angela's music was featured in commercials (Southwestern Bell) and several of her songs were used in the series "Horsepower" on Animal Planet.
Angela released her second album, “BlackTop Road”, produced by Will Kimbrough in July ’09.The album was in the top 5 for adds to the Americana radio charts for several weeks and debuted on the Americana top 40 chart in September, remaining there for 7 weeks. It has been highly praised in the press and was chosen as a top pick in both Oxford American and Country Weekly. The title song tells of her family's struggle to hold onto their farmland in the face of widespread development and represents a bold new step in her singing and songwriting. Angela was selected for an official Americana Convention Showcase and also named a 2009 Kerrville New Folk Finalist. The Boston Herald named her song “The Picture” “Best Political Country Song” in their 2009 Year’s best music picks and WNCW listeners chose “BlackTop Road” as one of the top 100 CD’s of 2009 as well as one of the top 20 by regional artists. Roger McGuinn, founder of the Byrds, called her "a bright shining star on the horizon!" and went on to say, "Her gift is so special. Her CD BlackTop Road brought me back to the time the Byrds recorded "Sweetheart of the Rodeo" - tradition meets youthful exuberance." For more info on Angela, including bio, tour dates, and audio downloads, please visit www.angelaeasterling.com.