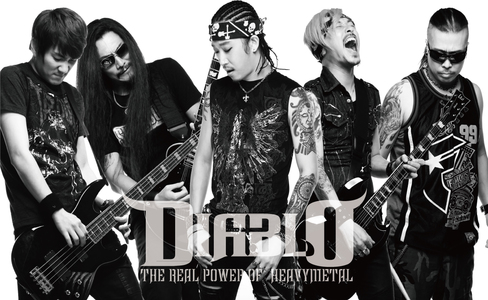 Diablo was formed in 1993 with a passion for Metal and love for all things Rock. They have been performing in Korea and Japan throughout the years spreading the message of Rock.

They've performed with bands from all around the world such as Pantera, Korn, MachineHead, Marilyn Manson, Slayer, Slipknot, Hoobastank, Zebra Head, Fear Factory, Scorpians, Seo Taiji and many more artists.

They've released albums in both Korea and Japan. They recently recorded their second album titled "Undefined" in the U.S. at Cherokee Studios in LA. and in december 2012 the mini album “dumb” was released.

CURRENT M/V:check out "your name" by Diablo on Youtub