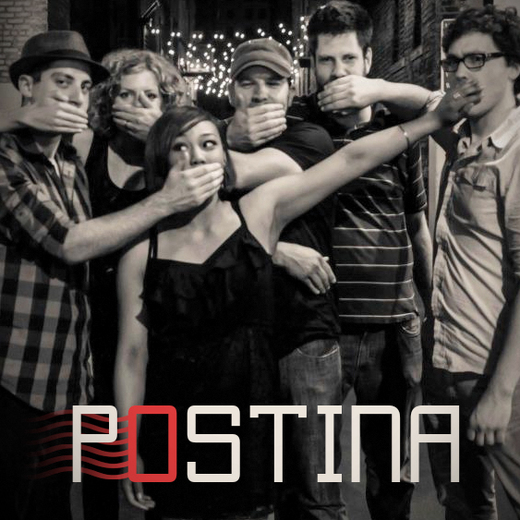 Postina’s live performance extends beyond music with painters joining them on stage during their set making their show even more visually compelling and experiential by bringing together two synergistic forms of art.

Postina released their debut EP, The Road in March 2010. The Road is a collection of six original songs, each a story inspired by personal struggle or triumph conveying deep emotion and the band’s determination to experience the fullness of life.

Nero, Postina’s sophomore EP released in October of 2011 exemplifies the further musical development of the band’s signature female vocal, electronic, AlternaPop Rock sound.  The 2nd track on the album “Heart in Mine” was featured in the Twin Cities Film Festival trailer in September 2010.

Postina released the single “Falling and Catching” in September of 2012 and will finish recording the rest of the songs for their 3rd CD later this year.  Postina’s new CD promises to be the band’s most progressive record yet.

The Road, Nero and Falling and Catching are available on iTunes.

Postina was also featured on WCCO's Saturday Morning Show in January of 2012.