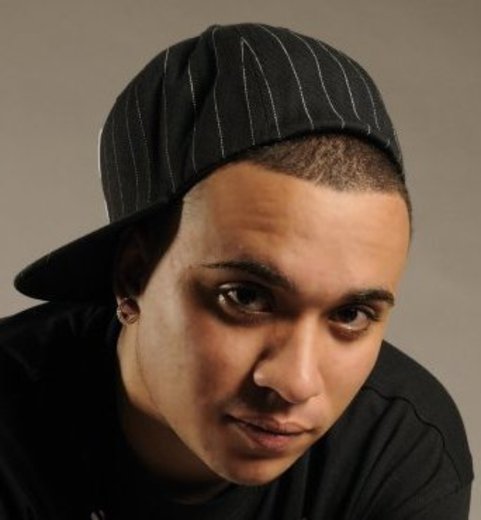 Pobre Fella has donated all his time and money to charities all over the world making him a strong symbol in the latin community.

Arid Garcia also known as Reggaeton/R&B singer Pobre Fella was born on the 16th of July 1984 in Chicago Illinois. Pobre Fella son of two Puerto Rican parents was born and raised in the city of Chicago. Alumni out of Gordon Tech High school in Chicago Illinois. Pobre Fella started his reggaeton career in the summer of 2005 in Caguas Puerto Rico. Where he was introduced to famous reggaeton duo Jowell y Randy. He bonded with the duo which now are major industry reggaeton artist. Pobre Fella lived in Caguas Puerto Rico for 8 months, he then made a trip back to his home town of Chicago where his cousin Fuego B was also a reggaeton artist in Chicago. Fuego B later then introduce him to Villaran “La voz melodiosa”. Which a couple months later would be known as Chicago’s orginal group called “Los Callejeros”. At this time Pobre Fella was introduced to Sean Buckingham C.E.O of Dirty Red Entertainment. A independent record label based out of St.Louis Missouri. Pobre Fella signed a record label contract with Dirty Red Entertainment. Pobre Fella became only the second Chicago born reggaeton artist to be heard in radio stations in Puerto Rico next to Yomo which was born in Chicago too. Pobre Fella’s first song to hit radio stations in Chicago was titled “En La Cama” which made such a major buzz that even Panama, Columbia, and many South American countries heard it. The song featured his cousin Fuego B and Villaran. Pobre Fella has been featured in over 100 mixtapes world wide. Including many famous Djs such as Dj Shotgun, Dj Esko, Dj Camilo, Dj Bonez, Dj Kwik, Dj Nurotic and many other djs. In 2007 Pobre Fella was already accomplishing what many local Chicago artist took years to do. That was being signed to a record label, many featuring on mixtapes and over 100 live performances. That same year Pobre Fella made a remix hit single to the song already out in air “Sensacion Del Bloque” Randy ft. De la Ghetto and Pobre Fella. This song was played world wide making Pobre Fella the first successful Chicago artist to overcome a remix title and make it known worldwide. In the summer of 2007 Pobre Fella signed with Independent Label known as Ave Musik and the C.E.O of the company was more then excited to welcome his new secret weapon to the company. Pobre Fella’s image in Chicago and his performances and his attributes to represent Chicago world wide got him nominated to the Chicago Music Awards for “Best Reggaeton Artist 2007”. Pobre Fella has formed an alliance and bond with artist Villaran, Balance, Darey Dembo, Myth and TommyLyon, Raw K Fella. Better yet to be the best in Chicago. Pobre Fella’s working skills and motivation proved his fans and supporters that you don’t exactly have to be rich to make it big. Pobre Fella has performed in over 20 states nationwide and performed in Puerto Rico also. In 2008 Pobre Fella left Ave Musik to be in another company OM Dynasty. Pobre Fella’s latest project is his debut album “Lo Mejor D’ Pobre” which debuts in late September 2008. His debut Album guarantees to have the fans begging for more. Pobre Fella recently has opened up his own website to advertise and sell his Album and also for the fans to stay up to date on his shows, new music and any other vital information pertaining to the artist. Pobre Fella has opened up for many notable artist such as Chicago’s own Ben 1, Grupo Xtreme, Toby Love, Jowell y Randy, De La Ghetto, Zion,