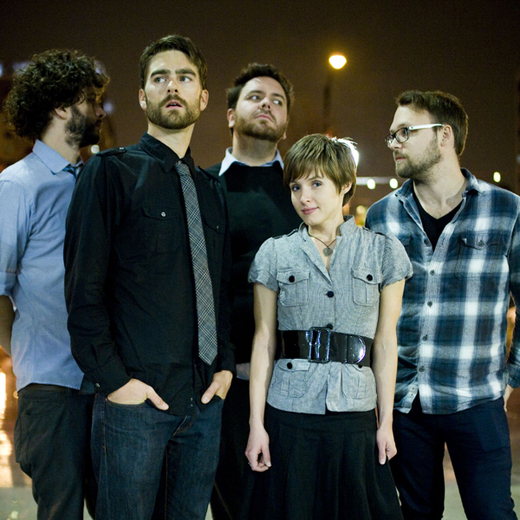 About Please Do Not Fight

There is a house in San Francisco where Please Do Not Fight lives. At the house they listen to their heroes – Death Cab For Cutie, Weezer, Matt and Kim, M. Ward – and write dreamy melodies using synthesizers and Telecaster guitars. Their songs have a diverse sound that explore different feels while remaining uniquely Please Do Not Fight.

On the weekends they go to the Flea Market and buy antique radios. Their lyrics are folky and nostalgic but, much like the bands unforgettable name, lean towards a sincere optimism. When the city begins shutting rock shows left and right they start their own. In fact, Please Do Not Fight has been responsible for bringing a dozen events to the bay area including The Rock Hop, a successful bi-monthly concert series based out of San Jose. In 2012 they will bring The Rock Hop to San Francisco.

Please Do Not Fight, or PDNF to their fans, released their debut LP Leave It All Behind in 2007 and followed it with the EP MOVE in 2009. On October 28th they released pastpresentfuture : part 1, the first in a three part series, at a headlining show at Bottom of the Hill in San Francisco, CA. The release features four brand new tracks with vocals and bass by San Francisco’s Girl Named T.