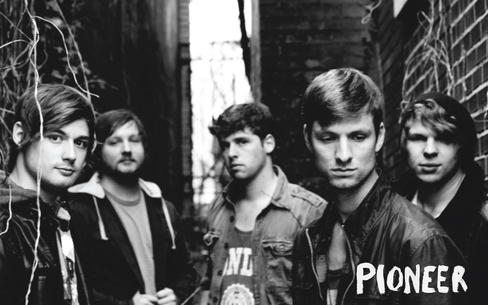 One who ventures into unknown or unclaimed territory to settle

The above definition is very fitting for Pioneer. Previously known as News from Verona, the five piece from Indianapolis, Indiana have reached a point in their lives where new beginnings are necessary. They no longer simply strive for local fame or recognition. Their musical styles have evolved and their life outlooks matured. Basically – the boys have grown up.
Since their formation three years ago as a garage band, Pioneer has worked hard to develop honest, innovative American rock music. After solidifying their lineup and formulating their sound, they released All I Know is I Know Nothing in the Summer of 2010. They’ve played festivals including Cornerstone Festival, Ichthus Festival, Agape Festival, JoshuaFest and Spirit West Coast, landed a spot on the 2010 Noblesville Warped Tour date, and have independently played national tours.
Now, with the backing of SloSpeak Records, they’ve released their new self-titled album, PIONEER. This new record is raw, passionate and of course energetic. Their live show is tight and engaging and they’re ready to bring it. Pioneer is fresh off of another supporting slot on Manic Drive’s winter tour. They are gearing up for their national spring tour, The No Direction Tour, with The Wedding (Tooth & Nail), Wavorly, and Satellites & Sirens. Their mission: to connect with as many individuals as possible and make friends along the way. “Once we began touring nationally, we made sure to bring that local mentality of connection to everyone, no matter where we were. We believe that this action is as signature to our name as our brand of music,” says Chad Shirrel (vocals/guitar).
When it came time to write the record, Pioneer sat down with a different focus. “The music was more relevant to us than ever. It made us feel older and wiser, but also made us feel the need to shed off our younger skin,” Chad continues. “There was a definite need to better define who we were as people, while still carrying on the exact foundation that NFV was built on.” They recorded with Mark Townsend (Relient K, The Wedding) in his studio outside of Nashville, TN. The recording process went well, stretching the band far beyond what they had planned
“I think we all worked hard to challenge ourselves and to push beyond what was comfortable or easy for us and to make something we're all proud of,” Townsend recalls. “The band has a lot of youthful energy and we kept all of that intact while stretching the boundaries past that point. Kudos to the guys for being willing to go there.
With new music, a new name and new tours on the way, Pioneer is ready to venture into the unknown and claim their territory in the music scene. “We’re just a bunch of Midwest boys that want to play rock ‘n roll,” says drummer Dan Voris. “That’s kind of the vibe we want to float on. 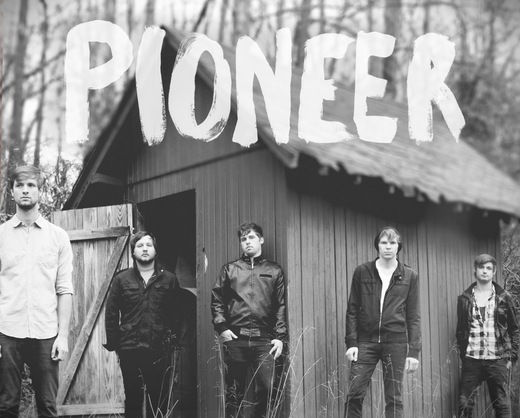