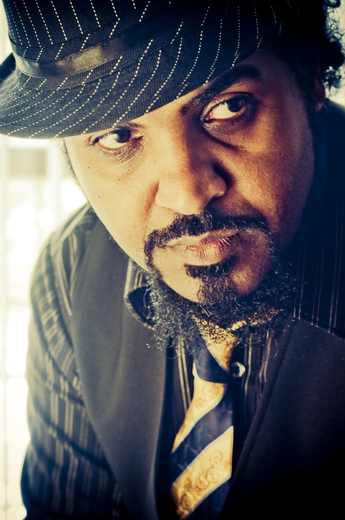 Mosno Al-Moseeki, the 3rd World Rocker, is an international singer/songwriter Native of Sudan. He uses Arab-poetic lyrics, with a pentatonic influenced style of acoustic alternative rock. He calls it Desert Eclectic.

He is now finishing up a full length concept album “Novella” which is a semi biographical fairy tale of his cultural migration, which features many immigrant artists & a plethora of exotic instruments.

Since June of 2012 his websites have been banned in his home country Sudan, due to his anti-regime song “System Down (#SudanRevolts)”. He donates all the proceeds from that song to Girifna (we are fed up), a non-violent protest movement based in Sudan.

His song “No Kingdom” is featured in the first Sudanese/American short film “Faisal Goes West”, which premiered in Short Film Festivals in London, France, Italy, India, & Germany, all in 2013.
The short film has won "Best In Show" award in the Kansas City International Film Festival.


"Taking listeners around the globe and back through his music, the Sudanese artist can’t help but infuse the colorful rhythms of his native country with that of the Western culture he found upon moving to the United States in 1998."
-Alexis Taylor (Afro/American Newspaper)


"He keeps his melodies clear and simple which allows him to flex the emotions of his voice and allows the listener to explore the depth and weight of his lyrics."
-Jackson. M'Vunganyi (Voice of America)