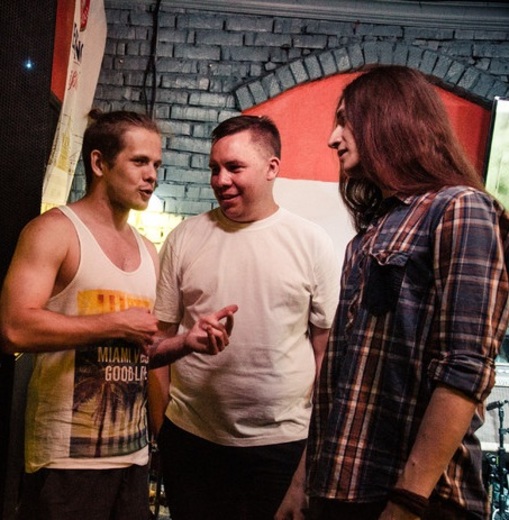 The Russian progressive post-hardcore trio Mister Sir presents its first music video for the single “Oh, The Payday!” which will be released on February 15th. Let the musical verve from Anton Serov — the creator of the alt-rock band Two Chords, which has already generated quite the buzz — and his bandmates, mow you down with the power of the Siberian avalanche.

On its native soil Mister Sir is an already established band, having been performing all over Siberia for quite some time. By virtue of the first single “100 Miles” the band swiftly gained momentum and became a major attraction at local events. They even got to open up for such prog rock giants like Devil Sold His Soul and The Ocean. The ideological predecessor of Mister Sir — the band Two Chords — had its major success, with some Western reviewers even saying “…Liverpool, San Francisco, Nashville, Seattle: Some cities are writ large in pop music forever. If it has twenty more musicians like Anton Serov, the next one could be Tomsk, Russia.” So let there be no doubt, Mister Sir is a battle seasoned outfit in its element ready to break a new ground with unique sound and a story to tell.

In its upcoming album the band will tell a topical tale of unnamed Mister Sir – an unremarkable office worker lucky enough to be a part of a mundane, humdrum system of eternal routine, who’s only “joie de vivre” is getting his paycheck and living to see the next one. But soon enough Mister Sir is about to experience his road to Damascus and change forever. Or is he? Find out in upcoming music video and following album which will unravel the story in the most compelling and musically satisfying way.