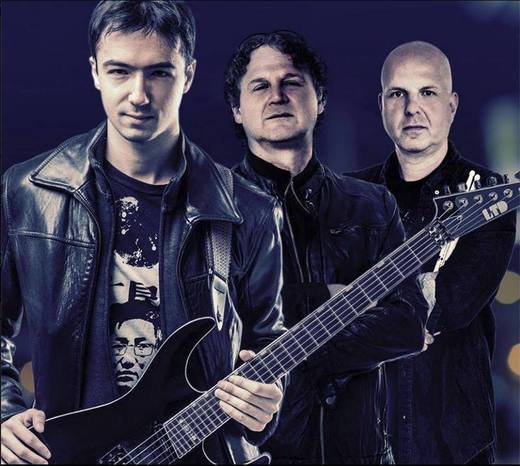 Back in September 2013, Olteanu set out to record his very first EP, and eventually met with music Producer Kevin Jardine (from Slaves On Dope). Later on, singer Franco V (from Beneath Me) would joined forces and contribute to the project.

Following the release of the EP, Nick Purchio and Rick Danieli were also added to the band's line-up. The band song's have been featured on the radio, and got positive review from numerous music magazines. Here's what some reviews had to say about the EP:

"The EP is a powerhouse featuring three colossal singles, Mercury Blast is a band with a lot of talent and their begs to be blared from stadiums speakers to sold-out crowds" Laurie Fanelli - Veggie Fans

"The three songs are so solid and memorable, and it's clear these much-traveled musicans have a good thing going on" Dan Macintosh - Anti Music

The band also released a video clip for the song "My Desire" that got featured on the music TV channel Musique Plus. The video is also available on YouTube.

Later on, guitarist David Vigliotti and Greg Nichifor were added to complete the line-up

Mercury Blast is a newcomer to the established rock/metal scene, and the guys are fully determined to leave their mark on the history of the genre.