« See all of Chandler Nash's Songs 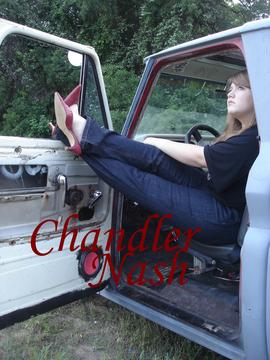 Music and Lyrics by Chandler Nash. Forevermore was inspired by the 2nd book in the Twilight Saga, "New Moon". I wrote this song when I was 15 and originally recorded an acoustic version that was included in The Bella Cullen Project's sophomore album titled "Tick Tick Tick".
Uploaded: October 28, 2009
Duration: 3m 48s

Very good rock style...good blend and the story line takes me there. Wish more talent on OurStage would send you more constructive comments

Don't listen to these folks who get technical on you - who do they think they're playing with - it's your dream, your creation, YOUR HEAVEN when she dances..

This one is more to my taste. A much rockier arrangement, played by a very tight band! Chandler lets it all out much more on this one and she shows signs of a good strong lower range
Once again her talent for a memorable melody comes to the fore
I like this a lot.
by Darowyn on March 5, 2010 at 4:50 AM EDT