« See all of Ryan McMahon's Songs 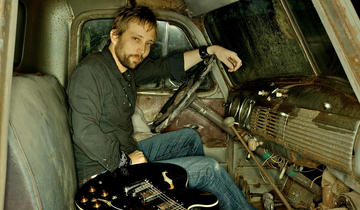 Have you ever been scared of a relationship, screwed off... then realized she was the one? "I don't want this comeback to fall short"... is a line for everyone.
Comeback received inclusion on Music BC's 2009 Juno Compilation and earned Ryan McMahon a showcase performance opening for Matt Barber at the 2009 Juno's in Vancouver.
Airplay coast to coast on college radio, CBC and in Western Canada on commercial radio stations.
Uploaded: August 11, 2009
Duration: 3m 14s