« See all of Karli Whetstone's Songs 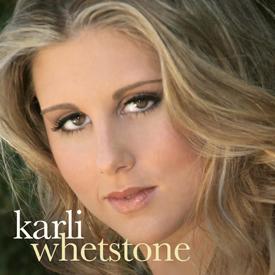 PlayI'm Having A Good Day

Originally from Ohio, Karli Whetstone has been a performer, songwriter and dancer for more than 15 years. She had success across her home state with a song she wrote called "Ohio," which received significant radio airplay and was played at every Ohio State University home football game in 2009.

"I'm Having A Good Day" is Karli's debut national single release and is from her forthcoming CD, due out later this year.
Uploaded: March 14, 2010
Duration: 3m 5s

Comments for I'm Having A Good Day