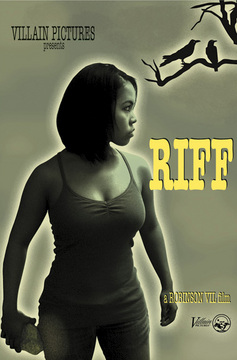 / 12:03
About the film:
Pekka's (CHRISTINA BIBBY) obsession with her ex-boyfriend, Osiel
(IRONE SINGLETON) a known street thug, puts her and her family in a
dangerous "Riff". With a sexually abusive guardian and a crime boss on
their tails, Pekka's older sister Beverly (VALERIE LOVE) uses her wit
and comes up with a plan to kill two birds with one stone.

This film short was directed by Robinson Vil. http://www.villainpictures.com
I did the soundtrack.
Uploaded: December 21, 2007
Duration: 12m 3s