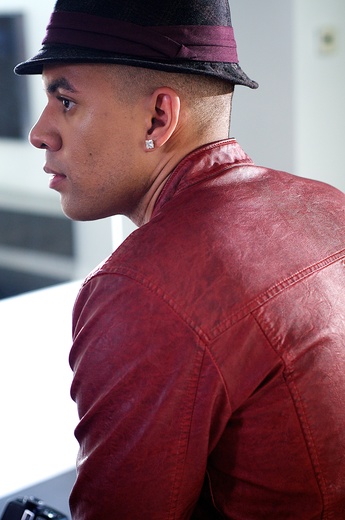 The world of Latin music is made up of foundations represented by stylistically different Latin genres from many countries, every few years, an outstanding act emerges to interrupt the attention of conventional Latin music. This year Lokixximo have arrived to introduce his New York urban sound to the world.

It is rare that Latin artists gets the attention of the pages and airwaves of all the big media outlets. The opportunity only comes when the artists gets steady radio rotation or mainstream hit status. New York Latin artist Lokixximo is the exception to the rule, taking pride in the fact that he built its prominent following the old-fashioned way; through hard work and word of mouth promotion. His determination and work ethics has proved his talent is progressive and his potential is unparalleled, bringing an uncharted aspect of Latin Urban music to the forefront with his own style, slang terminology and swagger with a creative flair that dares to be unique, being touted as the next big thing in Latin Urban Music.

Lokixximo brought himself officially into the game with his partner Jose Josexx, releasing consistent club hits in 2005, where they appeared on the Gold selling compilation "Reggaeton Nacion" and reached the Latin billboards charts with the song "Que Vas hacer" in the compilation "Megaton 2006", later on 2007 they started working with now in house producer Add On Music Group on the mixtape "Los Locos Tambien Comen" where they received the Reggaeton Usa award for the best Dominican Republic Latin Urban duo & the buzz got MTV/ Roadgames to licensed 9 songs for their international reality show "Road to Menudo", the achievement help them win the "Talento popular 2007" award from radio personality Frank Giron (Univision Radio).

Being in the underground scene since they was teenagers and developing their music career from the ground up helped them list achieved successful tours in the Bahamas, Florida & in Summer 2009 Dominican Republic, where their new single "Noche Europea" featuring Dj Mesta reached top charts in the radio nationwide & had the opportunity to perform in the hottest TV & radio shows in the country.

After years of working together, Jose Josexx decided to part ways in 2010 and Lokixximo started his solo career, as a solo artist has already achieved top record pool charts , released his first solo mixtape "Enigma" which hit over 15,000 downloads in two weeks, hosted by Wyclef's (Fugees) Tour DJ "Dj King Assasin" , this year July 16, 2012 Lokixximo won the MTV TR3's Dameunbreak.com competition, where he recorded a new version of "Noche Europea" with four-time American Grammy winner and eight-time Latin Grammy Awards producer and mixer Sebastian Krys, who has worked with many major artists such as Shakira, Marc Anthony and The Black Eyed Peas, the music video is directed by Daniel Czernilofsky who has also worked with Busta Rhymes, Snoop Dogg and Young Jeezy, "Noche Europea"

is currently on playing exclusively on MTV Tr3's, Lokixximo continues to solidify his position in the realm of Latin Music, with this official debut which is an indication that he has finally truly arrived, and he's got the potential to be one of the greatest.