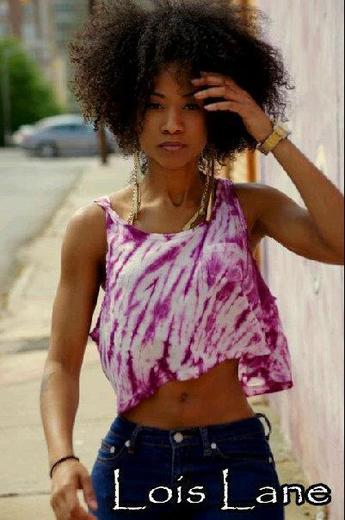 In an era where male MCs are taking over the music scene, LS also known as LioS Lan
emerges as the lone female maven to fill the gap of the sexes. With an undeniable sex appea
and beauty, this gifted lyricist, songwriter, producer, model, & host is more than a pretty face
Taking her street hustle mentality coupled with real life adversities and pain, LS uses the pe
as a sword and the mic as her opponent
By the age of 13, LS (originally presented as Lady Shaun) was performing in high schoo
talent shows working the crowd and spitting rhymes. With her love of music and the arts, L
continued to hone her skills and craft by writing, performing in showcases throughout he
native Louisville, Kentucky community and joining a local band. As time passed and he
focused shifted, LS was determined to take her career to the next level. With her no nonsens
attitude, motivation and desire to be the next platinum selling artist, LS relocated to Atlanta
Never one to stay constant, LS emerged with a new swag and persona (LS: The Last Standin’)
In a city like Atlanta, there is no shortage of talent so LS had to make her mark and she ha
done so by being versatile. On the musical side, LS tours the Southeastern Regional market
doing shows and expanding her ever growing fan base. In addition, she has opened for suc
noted artists as EightBall & MJG, 112, Southern Komfort, Field Mob, Da Brat, Ying Yan
Twins, Crystal Waters, and Trina to name a few. LS continues to challenge herself as an artis
and performer as a front vocalist with Hip Hop/R&B cover band Culture Sol, which perform
before diverse crowds that spans all cultures
As an actress, model and producer, LS has been featured in three independent films in Atlant
as well as reigned as a four time beauty pageant winner holding titles such as Little Miss Wes
Louisville 1984; Miss Nubian 1996; Ms. Black Expo 1997 and Ms. Metro Atlanta 2004. I
2004, LS made the 30 finalist in the TLC Reality Competition, R U THE GIRL. You may hav
even seen this face on BET’s “Hell Date”. LS is currently inked in as associate producer an
host of Atlanta’s Hottest upcoming televised dance show – KoncreteNation! At the same tim
she is producing and writing pieces for her 2012 EP
LS is not your ordinary female MC or artist. She brings to the table an arsenal of weapons tha
will smoke the competition. While “the look” will turn heads, her true talent, skills and fearles
ambition will make her synonymous with the greatest female talents that have graced the stage
Her ultimate goal aside from being a recording artist is to land a majo
songwriting/scriptwriting contract and create her own full scale entertainment company to hel
launch the careers of fresh female artists
Until then, LoiS Lane’s sight is on smashing stages every night, giving the crowd a reason t
come back for more and showing the world why she will remain LS: The Last Standin’.