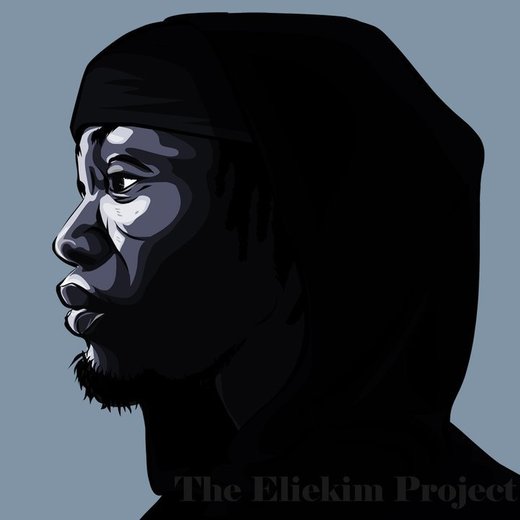 Kihenaten Eliekim was born on July 21, 1988. Since the age of five, he’s been creating, writing and illustrating, short stories on his own. Every day of elementary school showed his passion for the arts overpowered the want to learn the “lesson” of the day. Finishing all of the work before the rest of the students, he sat at the art table writing and drawing daily. This love for the arts rolled into high school and became not only a hobby but a necessary outlet

As a teenager, Eliekim continued to advance in his writings and was introduced to poetry. Learning the structure of poetry came at a time where the young writer needed it most. As the environment within his household became abusive, his poetry allowed him to express his feelings openly about his situation, his thoughts on life and death, and his want for a different future. This was a time period where, even though hurtful, it further proved to the poet that writing was his gift

After high school, he enrolled into Clark Atlanta University as a business major. In his freshmen year, he befriended an upcoming producer Tru Melody and aspiring director/artist Lu Lu Bichon. Still strictly writing his poems, Eliekim didn’t necessarily see himself doing music but with the production from Tru Melody and the partnership of Lu Lu Bichon, Eliekim was starting to turn his poetry into lyrics.

By his second year of college, he recorded enough to become comfortable with his ability to create Hip-Hop music. He recorded his first CD of material titled “The Good Died Young” and after hearing the responses, it was stone-solid that he could see a future in Hip-Hop

Now, being consumed with school, music, relationships, and work, Eliekim thought about dropping out of school the fully pursue his passion for music. This was until he took a class in philosophy. As Eliekim states, “Business classes felt like they were teaching me to be a robot for somebody else’s business. I didn’t even know why I chose that major, it just sounded like what you go to college for… to be in business right? I didn’t feel like I was learning anything but when I took a philosophy class, it opened my mind to so many different ways of seeing things. It helped me with my writings, and my ideas. I felt like I was back on track and that I could do what I loved doing even better.” Around the time of this switch, he started working with a producer named Ekcel

Ekcel would bring a different sound to the songs Eliekim was writing, the collaborations were classic from the beginning. Now with a few new sounds, Eliekim soon finished what was to become “Ntroduction” with Ekcel and Tru Melody providing two tracks a piece. “Ntroduction” (released on 9/9/09) was Kihenaten’s first mixtape and first experience promoting a full project. “The mixtape was so respected that people who I gave it to for free came back and gave me five dollars for it”, says Kihenaten. Continuing to record and perform, Kihenaten fell ill the day of his graduation from CAU

This illness plagued Eliekim off and on for an entire year. Sometimes not able to walk or speak, all that was present was a pen and pad. “I couldn’t really do anything at that time. I had no job, no money, couldn’t record, transportation was dead, no one was even calling to see was I okay, everything just looked bad.” In the past, Ekcel and Eliekim talked about doing a whole album together and during this time, Ekcel kept sending music to Kihenaten. The music sent would eventually become the majority of the new album “The Eliekim Project”. Due to sickness and frustration of being stagnant, Eliekim moved to Miami with a new mission. In Miami, he would begin to recover and to work on his new album

“The Eliekim Project” will be Kihenaten’s first album. It’s inspired by his new understanding of life. With a new outlook on his life, new city, and music, Kihenaten is planning an album that will prove to be worth the wait, all the pain and secure his future in music.