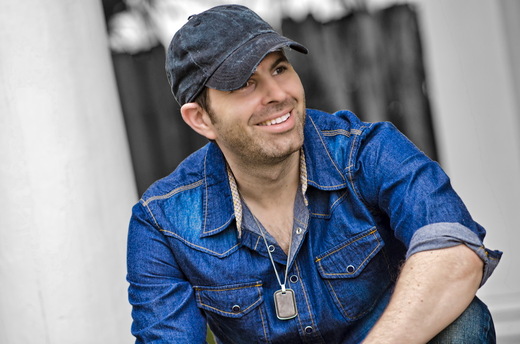 “Life Ain’t Fair,” was co-written with hit maker Milton L. Brown (Merle Haggard, Kenny Rogers, Jimmy Buffet, Randy Travis) and is a classic country tune featuring Al Perkins on pedal steel guitar and multi-instrumentalist Charles on the Wurlitzer piano. This melodic song is about how hopeless and lonely life can seem at times, with a highly relatable chorus: “Preacher said don’t give up until you try prayer/I’ve been prayin’, but seems like ain’t nobody there/Life ain’t fair.”

The track was recorded in Nashville, Tennessee at Omni Studios with Marty Stuart’s Fabulous Superlatives band—guitarist Kenny Vaughan, Harry Stinson on drums and background vocals, and bass player Paul Martin, Mike Noble —and Al Perkins, who has recorded and toured the Rolling Stones, Bob Dylan, and Randy Newman. Violin was added by Fats Kaplin, and the track was mixed by T.W Cargile ( Jamey Johnson)

"Life Ain't Fair" is pure country drama. A deeply troubled state of the union address.This is a musically powerful song about the personal emotional impact of hard times - one that sadly will hit home with way too many Americans today.”
- David Wild (Huffington Post, Contributing Editor- Rolling Stone

“This new album by Josh Charles is a potpourri of American styles, combining elements of classic country, New Orleans funk, and blue-eyed soul. Charles’s musicianship is the perfect match to Milton Brown’s measured pen. Call it “Nashvinola” or whatever you want, this is an album that is sure to turn heads.
- American Songwriter (Caine O' Rear- Editor / Co-Publisher)
Watch the video for "Life Ain't Fair" here:

http://www.youtube.com/watch?v=iHlT8pOggVc
“Josh Charles is one of those rare writers who seems to have come out of nowhere as a fully mature talent. It's not just that the songs are really ambitious matching rich lyrics to strong music but that his performances often sound like he must have been playing out for decades. There is something very exciting about the performances as well as this songwriter and his songs.”
-Louis Black (Austin Chronicle -Editor/ SXSW-Senior Director)
Charles, a multi-instrumentalist wrote all of music for this record on guitar and piano. He is the National Spokesman for Casio Privia digital pianos, and a Gibson artist.