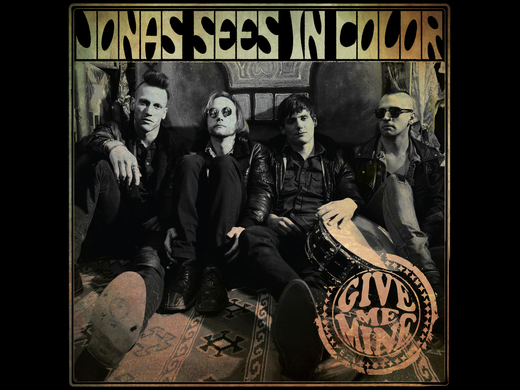 About Jonas Sees in Color

Jonas Sees in Color is an American rock band from Greensboro, North Carolina composed of members Ryan Downing, Jonathan Albright, Michael Deming, John Chester, and Jonathan David Owens. The band released their debut, self-titled album, Jonas Sees in Color, in September, 2009 and toured relentlessly in support of it. After a short break they have returned to the studio to begin recording their sophomore effort.

The name Jonas Sees In Color is a reference  to  Lois  Lowry’s  1993 Newberry Award winning novel The Giver. Singer  Ryan  Downing  explains,  “Our   name is basically a metaphor. In The Giver, the main character (Jonas) lives in a black and white world. When he is chosen to take on the responsibility of the hopes, thoughts, and feelings of his entire village, he finally begins to see in color. One of the most important goals of our music is to create a connection with the listener by accurately connecting the stories and ideas contained in our music in a way that allows the listener to take and interpret the songs  as  their  own.”

Downing, Albright, Deming, and Chester began writing music together  in  the  summer  of  2005  and  the  band’s  line-up was solidified in 2007 with the addition of Owens. The band citesThe Beatles, The Black Crowes, Band of Horses, Kings of Leon, My Morning Jacket and Otis Redding as musical influences, as well as literature such as The Giver, The Catcher in the Rye, and works by Japanese modernist Haruki Murakami.