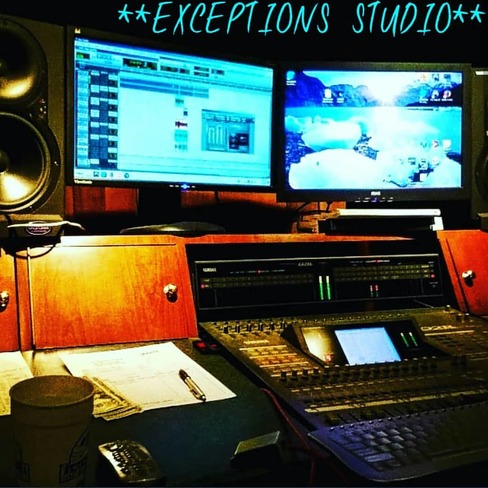 ••D.E. Music Group••Welcomes "Looka from the Top" as the first officially signed artist to the newly launched independent label. Born-December 22, 19?? Birthplace-Topeka(Top-City), KS. Joshua Looka, "Looka from the Top", born, raised, and still residing in Topeka, KS. Better known as "Top-City", hence the name: "Looka from the Top", now 39 has been a dedicated Hip Hop/Rap artist since the age of 16. In his 20's Looka had made a name for himself and had become a freelance ghost writer/rapper which built him strong ties with all the local labels in Top City during which time Looka recorded multiple projects with a number of features. In 2007 Looka got his break when he recorded his album "Something for the Streets" which included such hits as "Whips","Get'em up" and "Mentionin Names". Looka sent demo's to a few labels across the nation and got a response back from AtlanDec Records out of Atlanta, a well known and respected Indie label. They brought Looka to Atlanta for a photo shoot and a show at "Club 5150". While on the label Looka was in a few hip-hop/rap magazines, numorous radio interviews and became number 43 on ringtones for his hit song "Whips". After the contract was up Looka parted from the label for some personal reasons. To this day, Looka maintains the upmost respect for AtlanDec Records. Looka's accomplishments go on to include opening for some of today’s hottest Hip Hop/Rap acts: Lil Wayne, Tech Nine, Three 6 Mafia, Dem Franchise Boys, and Webbie to name a few. Looka's rap style is Mid-West. He has received strong reviews from some of today’s top critics as he continues his journey to reach a growing fanbase. Looka has been in the shadows honing his skills for years now. At the end of 2011 “Looka” by way of phone and internet was introduced to fellow artist “D.E” of Salt Lake City, UT. D.E. was born 1 month earlier than Looka in St. Louis, MO. Be that the 2 artist where nearly the exact same age, each from the Mid West, and shared styles that complimented each other, the two artist formed the Hip Hop/Rap Duo “JOSHUA” and recorded the single “BANG BANG”(The Official Soulja Boy Diss-Track) which got instant recognition and got the fast rising group airplay on MACTUNES radio and a feature in MACTUNES MAGAZINE. The group quickly released their second song, a mixtape, “I’m Amazing” featuring “Dwan”, only solidifying the fact that “JOSHUA” has all that's needed to succeed in the Hip Hop industry. Due to the fact that "JOSHUA" (Looka & D.E.) lived in different states (Kansas & Utah) they found it hard to keep up with group efforts and eventually chose part ways maintaining contact and respect. "Looka" and "D.E." with their song "Im Amazing" have been featured on several mix-tapes such as "W.R.G. Mix-Tape Vol.10" and "YMCMB'S Unsigned Hype Vol.3". Now working on his Sophomore Album "Against the Grain" Looka is back in the lime light and is currently ranked #1 for his genre of music in Top City!!! As of April 14th 2018, Looka has become the first officially signed artist to independent label "D.E. Music Group" out of Salt Lake City and owned by former group member D.E. The Group JOSHUA is back together and picking up where they left off. JOSHUA will be dropping an EP this year and will follow with solo albums from both Looka and D.E. this is leading to the anticipated album from the group "JOSHUA" titled: My Story 1978, currently scheduled to release early 2019. Keep an eye on Looka, the duo JOSHUA, and D.E. Music Group. Serious efforts are being made to make a huge impact in the industry. 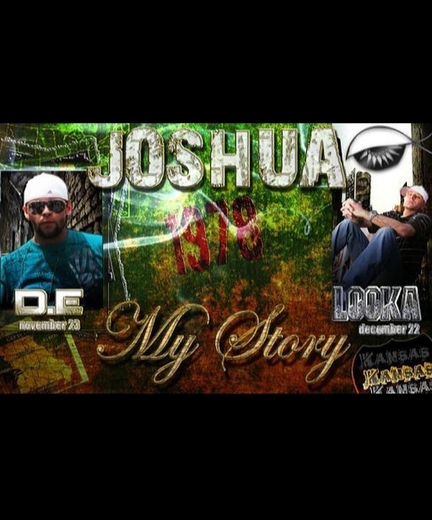