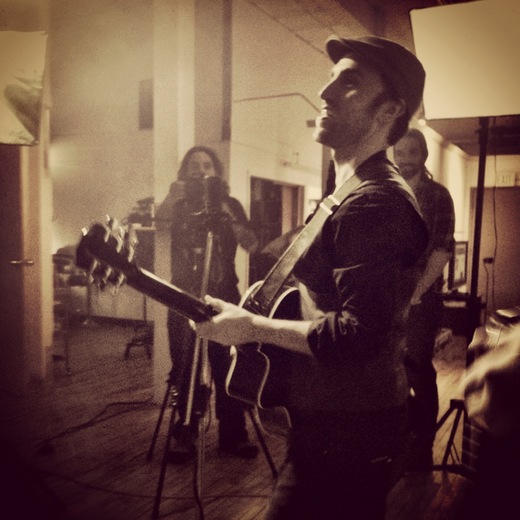 Jim Wolf is an American singer-songwriter who was born and raised an hour outside New York City. Wolf has broadly toured the United States and parts of Asia, and is best known for his 2012 single, “Make You My Lady”, which has achieved great commercial success in South Korea and China.

Wolf began playing music in high school after being inspired by his older brother’s band that, at the time, featured a young talent by the name of John Mayer. After college, Wolf became a professional musician and later moved to Brooklyn where he wrote and recorded “Make You My Lady” as part of an EP called Strange, Weird, and Romantic Part I. After it’s 2012 release, Wolf toured the U.S., but saw no major commercial success for the album until the song hit the charts in South Korea, nearly two years later.

“Make You My Lady” has topped the Asian streaming charts such as MNET (#29 in 2014), BUGS, GENIE, and MELON (peaked at #3 January 2019), and has appeared in more than 30 TV shows across Asia including several popular K-Drama and Variety shows such as My Secret Romance, Heart Signal, and IZ*ONE CHU.

How Wolf’s music found its way to the South Korean audience remains a mystery. The first big placement for “Make You My Lady” dates back to 2014, when the song was used as background music in a wedding ceremony video for Chae Rim and Gao ZiQi. From there, the song has been a steady feature across streaming services, television, and popular music charts.

In addition to Strange, Weird, and Romantic Part I, Wolf has released 6 other albums and had 5 singles also receive attention on the South Korean and Chinese charts. Wolf continues to write, record, and produce music from his NY-Metro area homebase. He frequently plays shows in the U.S., and has had a handful of placements on CBS’ The Young And The Restless.

In summer 2018, Wolf joined Andreas Oberg at KCON New York as a guest panelist on ‘The Art of K-Pop Music Design’, and he was also interviewed by Emma Chang (Umu) from “ReacttotheK.” In 2019, Wolf toured Seoul, South Korea and headlined the LCD festival at Evans Lounge, and also perfomed for the USO at USAG Yongsan military base for the soldiers and their families.