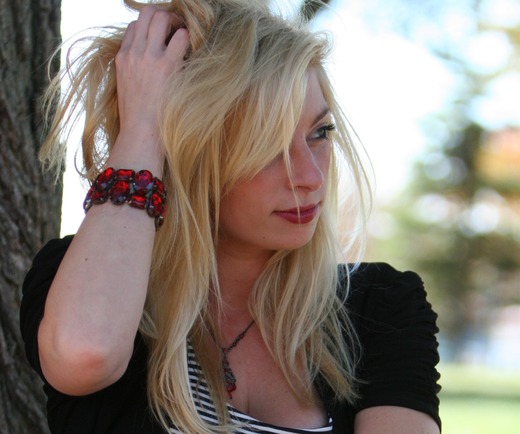 When it comes to music, there are those that sing from the heart and there are those that sing from the soul. Jessica Brown is someone that epitomizes both. Suffering from a stuttering problem as a child, Jessica faced communication hurdles at a young age. Through her discovery of music, Jessica found her form of expression while instilling a passion. At the age of 8, Jessica had begun taking vocal lessons, and during second grade Jessica inspired a talent show audience with her rendition of “Tomorrow” from the box office classic Annie.“When I was a child, singing was the only way I could communicate without stuttering.
This gave me the opportunity to take a daily struggle and turn it into something that fueled a passion.”Jessica’s path from childhood to the present has led her from her start in local music competitions, high school plays, and ultimately working with some of the top Grammy Award winning musical producers and collaborators in the industry today. Her experience with one of Chicago’s leading producers Zack Crawford has led her to collaborate with  Drew Correra, who’s Grammy Award winning work with Gym Class Heroes, Rihanna and Lil Wayne have placed him at the top of the producing industry in America.Jessica’s vocal range and unique musical pedigree has been compared to the likes of Sara Bareilles and Carrie Underwood, drawing cross genre inspiration from Celine Dion to Shaina Twain.

“Through exploring musical performances across many genres, I have found diversity in my voice, but more importantly, I have realized the true vocal artist that I am.”

Jessica has recently worked with P-Diddy’s vocal guru, Ankh Ra, who is known to work with some of the leading vocal performers in the world. Additionally, her extensive training has led her to collaborate on her new album at famed Milwaukee based “The Exchange Recording Complex” with producer Nicole Waters and leading bass player and studio owner Joe Puerta, known for his work with Ambrosia.

As a student of Vocal Performance, and active with the music department during her collegiate career at Chicago’s famed Columbia College, Jessica has lead performances in musicals like “A Christmas Carol.”  Jessica was selected for the prestigious “Singer’s Showcase,” which highlights the top singers and vocalists at Columbia College.

In the community, Jessica performs and collaborates with many local and national artist. Her work with Chicago based hip-hop and pop artist Robbie B, has lead her to team up with former Chicago Bears running back Antoineo Harris’ foundation. “It’s not just music to me, it is a way of life. I could not imagine my life without music. I want to share this with the next generation as their inspiration and drive to get over there own personal struggles like I was able to as a child.”

Jessica is currently in the studio working on her debut solo album. For more information on Jessica Brown visit www.jessicabrownmusic.com or contact her publicist Chris Foltz with Chicago based Christopher Foltz & Company.