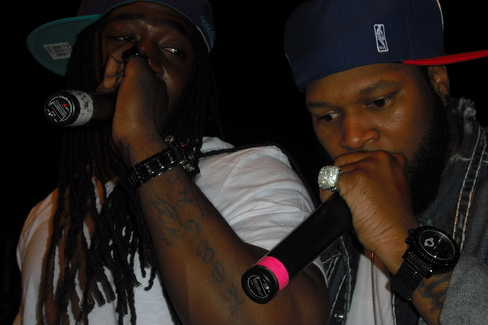 About The Inglorious Bastards

"The Inglorious Bastards" have a long history on a personal level. Artists Luck Barnes and Trub Ru grew up in the same neighborhood as long time friends in Newark, NJ. As teens, the two were well-known athletes who played football for Malcolm X Shabazz High School.
The dynamic duo became musically linked in 2009 where they planned to release a joint mixtape called "Luck Barnes & Trub Ru Presents: The Inglorious Bastards Mixtape" in the summer of 2009 but the project was temporarily postponed due to other circumstances.
The name "Inglorious Bastards" seemed to fit their lifestyle perfectly and the chemistry between the two began to grow after every studio session. Luck brings energy to the table with his powerful punchlines & ways of delivery. Trub is without a doubt more lyrical and displays it through his catchy metaphors but is more so the laid back guy of the group.
The Inglorious Bastards are known for their savy lingo, hard-hitting lyrics, and electrifying stage presence. They are indeed a "dynamic" duo and bring nothing less than extraordinary. 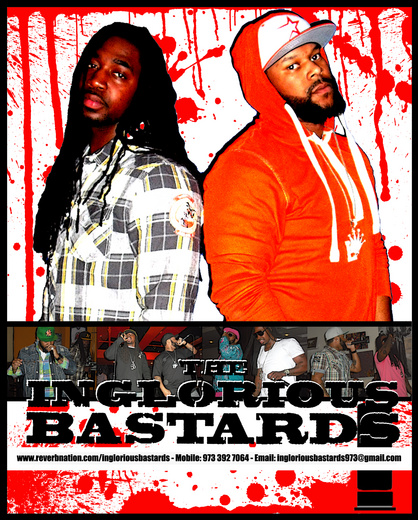