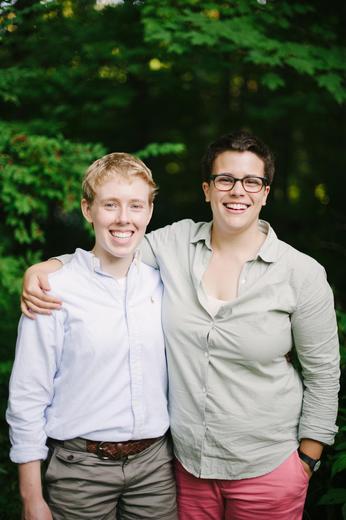 About Hannah and Maggie

Since the release of their first album, “Fine Being Here,” Hannah & Maggie have been favorably compared to Simon & Garfunkel, The Indigo Girls, and The Weepies; they are also the winners of the CT Folk Fest songwriting competition 2012. After successfully completing a two-week Northeast tour in the summer of 2010, Hannah & Maggie immediately began planning to record a second CD. That album, “Muscle & Bone,” has since been recorded and released to much support from a growing, enthusiastic fan-base. The duo celebrated the release of “Muscle & Bone” by driving an over-stuffed station wagon around America and playing music whenever and wherever possible. Maggie is a recent graduate of Smith College, where she studied literature and parallel parking. Hannah lives in Manhattan where she spends her days furnishing her apartment with money she doesn't have and teaching little kids music.