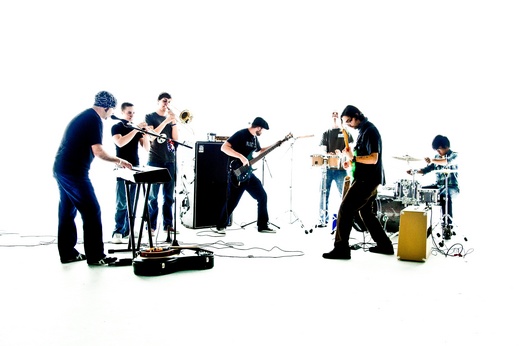 It's already been a whirlwind ride for Good Shive Low, but if 2011 is any indication of what's to come, this dynamic band from Dallas Texas, will go much further. With a recent DFW Sherlock's Battle of The Bands victory under their belt and upcoming release of their highly anticipated debut album Melophobaphobia (Produced and Engineered by Grammy winner Eric Delegard at Reel Time Audio) the band is finally ready to show Texas a good live show. Laced with humor, hubris and humanity, this raucous album flows freely from tongue-in-cheek examinations of toupees (“Merkin”), relationships (“Leave Me Alone”), and loss (“Guy I Used To Know”). Backed by percussion powerhouse Bobbye Hall, who's played percussion on 22 Billboard Top 10 songs, Good Shive Low's sound leans heavy on head bobbing drums, nasty brass, driving bass, and infectious piano melodies, featured most prominently in “Crazy,” “All I'm Asking,” “Imagine,” and “Leaving Here Tonight.” “Crazy” cohesively communicates the frenzied frustration at the end of one's rope, with grabbing horns, and straight-to-the point chorus that is relatable and genuine. In contrast, “All I'm Asking,” is a flirtatious exploration of sexual tension and pheromonal attraction, that incorporates the band's entire stable of strengths through a pop sound that will stick in your head like a bad decision at a biker bar. Not a typical sad song,“Imagine” deals with the love lost, but is bright and bouncy, sneaking the content in with a sly piano hook and brass bridge that would make Chicago proud. A Solid 4/4 Bass and drums are the heartbeat behind “Leaving Here Tonight,” a track balanced by understated keys and subtle guitar tones that soften the edges with horn highlights. An appropriate backdrop for lyrics that express the conflict of love, happiness, fear, and not knowing how to handle life's surprises. From a summer jam session in 2009 to their Early 2011 battle win, Good Shive Low has developed a style all their own.With Melophobaphobia, they look to take the next step.