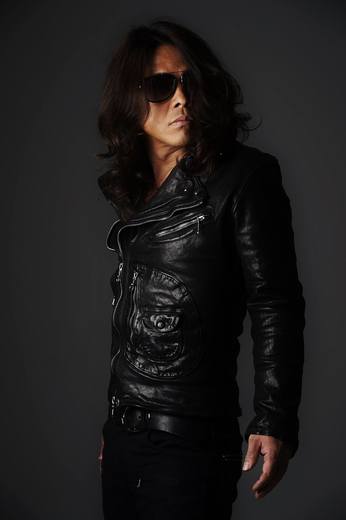 Daisuke Tsutsui has worked with major record labels as a songwriter, composer, vocalist and etc… After the disbandment of his former band he then started his solo project “Galaxy 7″ in 2008

Tsutsui does songwriting, composing, arrangement, producing, programming, singing, playing instruments, and performing all by himself. His music is written under a consistent concept with catchy melodies and edgy tracks

He breaks new ground in electro-rock with music that people can sing to, dance to, and listen to therefore gaining attention from a core of fans for his world view of music like no other

Tsutsui’s unique style of DJing plus singing has successfully integrated dance music with live performance and his performances with his band have also been noted. His stage show is visually entertaining with collaborations with artists such as Kabuki actors and martial artists. He has also been drawing attention from overseas, performing as a guest artist for London’s band contest “Battle of The Bands”

He has been chosen as New Artist of 2006 for Madrid’s FM radio station “Radio Circulo (100.4 FM)”. His performance in New York and his France tour in spring of 2010 received well reputation. He was also chosen as a winner for BEST ELECTRO/DANCE SONG in AVIMA 2010 MUSIC AWARD. On April 2010, his performance at the main stage in the biggest South East Rock Festival “Java Rockin’ Land” received well reputation

He released his first album “Your Magic Doesn’t Work Anymore” in December 2010. He performed at Japan Expo Sud in Marseille (France) in February 2011. He will release the second album “Eye Of The Dragon Who Wished To Be A Man” in 2012 and have a concert tour in Europe.