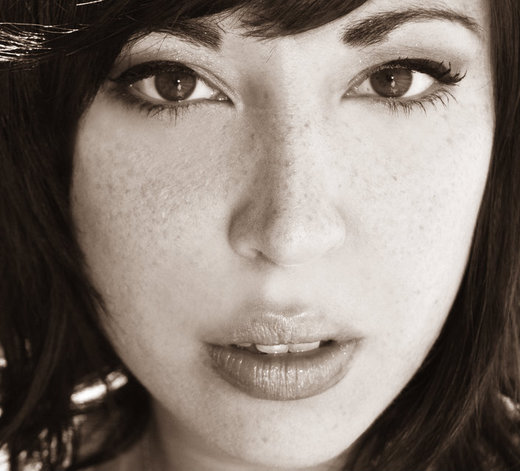 "Wistful and Dreamy, Pieces Left is deeply reflective lyrically — and musically, luscious pop." - VENUSZINE MAGAZINE Confiding narratives and striking melodies illustrate the songs of Francesca Lee. Layered and lustrous, the music on her new full-length release, The Pieces Left, radiates from an organic center colored by electronic shadings and beats. As sonic light breaks through the opaque mist of a dense soundscape, the sound mirrors the drama of her locale: San Francisco, home to generations of visionaries. “Nothing is more dreamlike than the adventure of walking in this city,” she says. “I look out my window to see people in the street, a bus moving, a couple fighting on the corner, a homeless man. The inspiration for the album comes from what I visualize everyday.” In addition to crafting the recordings, Francesca has been headlining with her band The New Believers at high profile NoCal venues like Yoshi’s, Café Du Nord and her home base, Hotel Utah. Selected for inclusion for the KFOG Local Scene 6 CD, Francesca was featured in a live broadcast and interview from San Jose on the station’s Morning Show to celebrate the station’s Local Music Month where she was greeted by a line of fans familiar with her song “Maybe Today” from its regular radio rotation. Additionally, she was featured in a live performance and an on camera interview on KOFYTV 20 Cable 13 in San Francisco and selected as an artist for “Born To Play Live Acoustic” for Gap, Inc., when the retail giant hosted live music in 700 stores nationwide. Attracting cross-cultural audiences is her trademark: the mix of acoustic roots and electronic edges that she titles “Introspective Dream Pop” resonates to a wide spectrum of listeners including artsy indie kids and fans of serious songwriting. The daughter of a Polish mother and a Japanese-born Korean father, Francesca grew up between the Bay Area and Texas. She graduated from high school in Alameda, California where she says she “kept to myself and wrote songs.” Her dream was to live in England. Accepted into the prestigious Liverpool Institute for Performing Arts (LIPA) the college founded by Sir Paul McCartney, Francesca raised tuition money with street performances and personal fundraisers. “Doing that set my foundation for what I do now – organizing and promoting music. I knew I could make it happen if I really wanted it,” she notes. As a creator, Francesca incorporates an intuitive approach to songwriting. “I have to feel that it comes from the subconscious, from another place. I can feel the story coming out as I let the words channel through me. Some of it is random, but if keep doing this I will get a lyric, or a feeling about what to write about. After that, I just let it flow and then I start making sense of it. But in the beginning I let the music come from my soul.” This soul connection reverberates within The Pieces Left, in the wistful questions and celebratory moments that inhabit her songs. “I always have hope,” she says. “These songs are more of an observation than anything. They are not about me; they express the emotions that I feel. This is what I work to capture.”