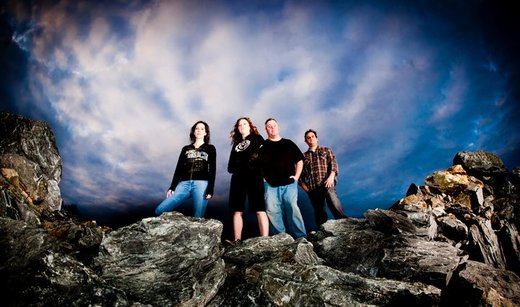 For the Love of Sloane

About For the Love of Sloane

When asked to describe their music in one word, For the Love of Sloane's answer is, a "wave". Their music is nothing short of captivating and it's because their sound has both the consistency of waves hitting a beach as well as the individuality that each swell brings to shore.  Each new wave is just as hypnotic and addictive as the next.  Their mission as a group is to mix things up for their listeners and keep them intrigued at each verse.  Their music moves in and out, surges and swells, glides and crashes.

For the Love of Sloane is Elese, Stephen, Jay, and Michelle.  They each have their own influences and styles that combine the fun and edgy essence of punk, the emotion of a ballad, and the resonating power of rock. Mix it all together and their music will stay in your head while you are in the shower, driving around, or just walking down the street, and you are glad it does.

To sum it all up, Stephen sees colors when he plays guitar, Michelle experiences each song as an adventure, Jay hits things and then hits them harder, and Elese looks like Liv Tyler but sings intoxicating lyrics and melodies that surely Liv can't.  Their music doesn't come from anywhere specific, but rather it evolves from a feeling, which they bring to life. Just like one wants to hear the ocean's wave each summer, one will want For the Love of Sloane's music the same way.

For the Love of Sloane